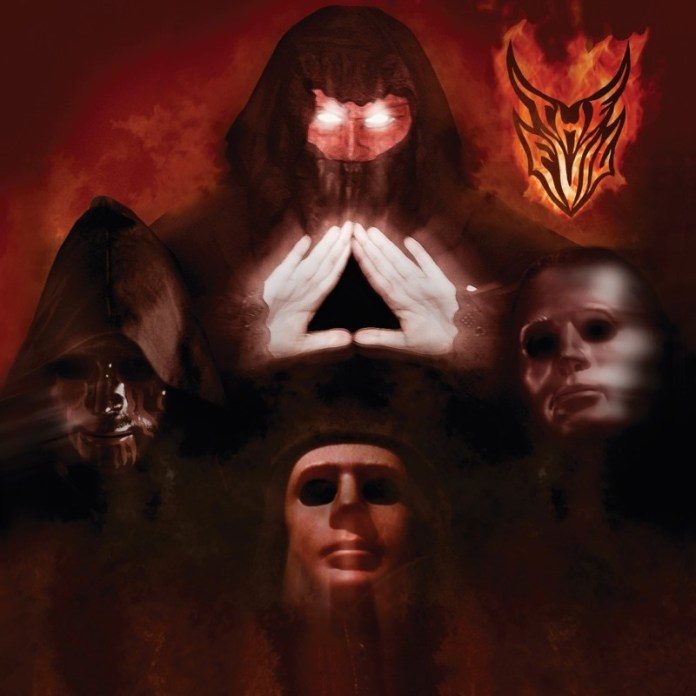 With this, their debut album, the Brazilian doom metal supergroup of The Evil lay down seven tracks of band-defining theatrics and atmosphere. Sadly, unlike other Brazilian metal acts such as Jupiterian, Giant Gutter From outer Space, and HellLight, The Evil‘s music (though more distinctive than their name) doesn’t manage to really stand apart from the usual trappings of their chosen style. It ends up seeming more like the doom metal equivalent of comfort food.

Big, broad bass riffs, wails, and slow-moving drums are the primary drivers, landing Evil more towards the gloomy doom from the likes of early Saint Vitus and Candlemass (or, to compare it to something from this millennium, Pilgrim) than the fuzz and fun of most modern Black Sabbath and Sleep wannabes. There’s a little organ embellishment to go with the ‘four horsemen’ shtick the band is apparently embracing (though you’d be hard-pressed to guess those personas were there without a copy of the press release to guide you), and in general, the songs work their narrow flavor well, though things do feel pretty repetitive by the mid-point, let alone the end of its ~45-minute run. After you’ve listened to it, give it a day, or even just an hour, then try to remember the differences between “Silver Razor”, “Sacrifice to the Evil One”, and “Screams”… good luck in advance.

If the ditch-digging drudgery is being done in homage, that may leverage some forgiveness out of the affair, but even with that excuse in play, the music just gets tiresome. There’s not enough menace to make it believably apocalyptic (see something like Gnaw Their Tongues‘ L’arrivée De La Terne Mort Triomphante for a functional example still in the general wheelhouse of doom), and not enough fun or (being that this is the more straight-faced side of doom) enthusiasm to the music to make its self-aware posturing sit pat. I’m certainly grateful that it’s not just another wank-fest of fuzz and unimaginatively-applied blues chords, but the stodgy stiffness is just barely an improvement. It ends up feeling insincere at best, but more often than that, it’s unbearably forced if you’re one of those people who can’t help but try to emotionally connect with the music to which you listen. As background mood-setting, it’s functional, but why settle for that when there’s so many interesting alternatives? Here’s hoping that should The Evil return for a second go (something’s telling me it’d likely be titled Evil II), they’ll have something more to say with their music, or at least fresher material to imitate.

THE BOTTOM LINE
Get it if you need a demonstration of how Brazilian metal acts can be just as predictable as North American ones
Reader Rating1 Vote
POSITIVES
Good atmosphere
Nice production
Solid riffs
The logo looks like it has horns, you know, like a devil, which is pretty evil, so it fits with their name
NEGATIVES
Tired formula with hardly any twists
3