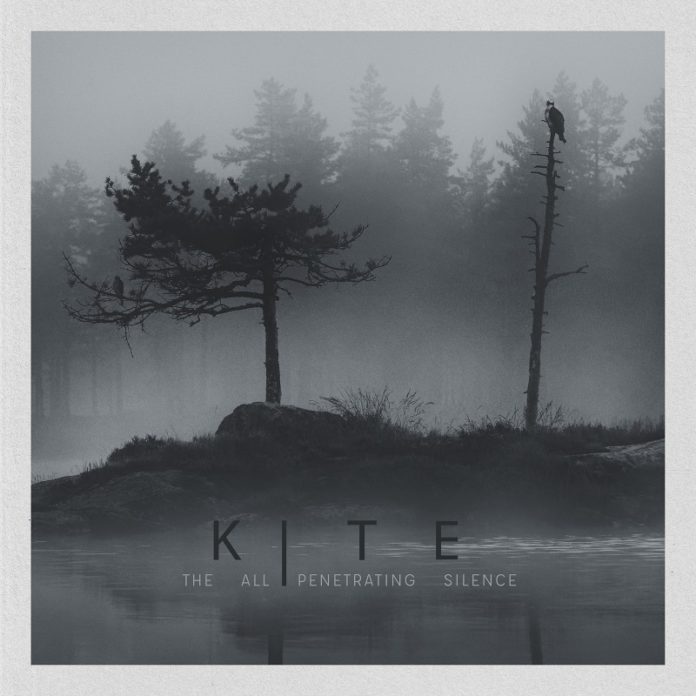 Despite dating back to 1998, with their current trio arrangement solidifying in 2007, the Norwegian group of KITE only has a handful of releases to their name. While some could see this as a good thing, since it allows them avoid being too pinned down to any given style, it also means that each new release coming from this multi-decade institution will be judged without much room for mercy, given the amount of time taken to produce it.

With The All-Penetrating Silence, the three-piece unrolls a set of tunes that bring together grunge, sludge, and hard rock, making that uncommon combination work through their handling of nice riffs, lively drum-work, tasty string tones, and creative vocal approaches. The beats, though persistently hard, change it up regularly enough to avoid wearing out their effectiveness, and the vocals are likewise employed with enough spacing between howls for it to not become monotonous.

The All-Penetrating Silence is an odd blend of modern and retro flavors, but the band pulls it off well, and their occasional dips into atmospheric texturing of the guitars and bass yield some really intriguing moments. If this is a teaser for what they’ll be doing on their next full-length, it does its job of grabbing attention well, and offers up plenty of power on its own in case the band has other plans for that eventual LP. Either way, fans of metal with flexibility to its form and a willingness to allow influences from outside metal’s assorted circles would do well to check this one out. Just don’t let the silliness of the song titles put you off, go into it with open ears and enjoy yourself.

THE BOTTOM LINE
A nice entry-point for new fans, a refresher for those who've drifted away, and a solid EP in its own right
Reader Rating0 Votes
POSITIVES
Fluid style
Strong beats and riffs
Flexible shifting of focus between the band-members
NEGATIVES
The range covered could have been wider, especially for a four-track release
4