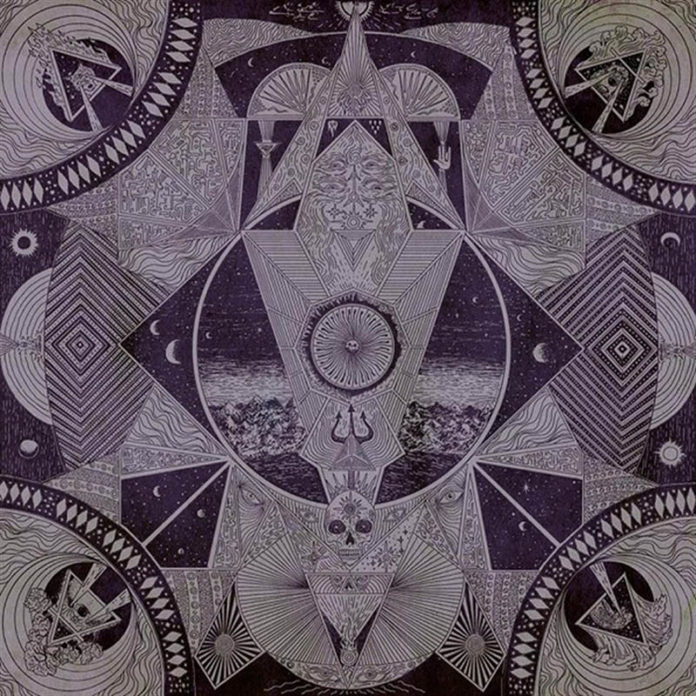 The classic rock sound has seen a pretty big resurgence over the last several years, and has worked its way back into heavy metal in a big way. Swirls of fuzzed out distortion, long improv-like jams, and old school sounding production, are all very hot right now, and I’m loving it. Sure, there are plenty of bands with total Black Sabbath knock-off riffs, but there are also a lot of artists that are looking past the Godfathers of metal and delving into the realms of space and psychedelic rock. There seems to be a pretty heavy concentration of this “new” sound coming out of the Scandinavian countries, with Sweden and Norway producing bands like Lonely Kamel and Blues Pills.

Spectral Haze, from Oslo, Norway are right there in the mix, with a sound that mixes stoner doom with 70’s hard rock, 60’s psychedelic rock, and even some progressive rock tendencies. I.E.V.: Transmutated Nebula Remains is the band’s first full length record, and I have to say I’m pretty impressed with the diversity in sounds. Each track showcases a different take on doom metal, but Spectral Haze have that rare gift of being able to weave some pretty diverse sounds together into one tight-knit sound that is all their own. There are some pretty standard stoner riffs in there for the Sleep fans in the crowd, as can be heard on the opening track “I.E.V. I – Circumambulating Mount Meru,” as well as “I.E.V. II – Observing the Centre of Infinity.” The psychedelic aspects of Spectral Haze’s music really show up on “Mercurian Mantra,” which has some cool synthesizers that sound like a spaceship; the song is pretty upbeat, and has a bit of a progressive feel to it. Basically, imagine the sound Kadavar would make if they soaked up some Hawkwind along with their Sabbath and you’ll get a pretty good idea of what Spectral Haze are all about. There’s even a bit of a 70’s punk rock moment, with “Descent Through the Intravoidal” sounding like a mix between The Dead Kennedys and the faster material by Saint Vitus (who, for what is worth, also have show some punk rock tendencies).

My favorite track happens to be the longest one of the bunch, “Triads and Trishulas”; clocking in at nearly thirteen and a half minutes, the song starts out with a droney doom feel that sounds like something off of an early 90’s Melvins record. Layered on top of the monolithic “Godzilla-stomping-a-mudhole-in-Tokyo” sized riffs, though, is some jazzy, improv style lead guitar work that gradually builds in volume, before pushing the band into space rock/prog territory. What’s impressive is that the transition is so seamless you don’t notice the change in tone until you’re hurtling towards the end of the song, and 13 minutes are now gone.

Spectral Haze show a lot of promise, and manage to make 45 minutes go by pretty quickly. I.E.V.: Transmutated Nebula Remains is a big grab bag of sounds, but manages to not spread itself too thin, which is no easy task, and is a testament to the band’s chemistry. Spectral Haze are definitely a band worth keeping an eye on, I imagine they will be making a pretty good dent in the current psych-doom scene very soon.