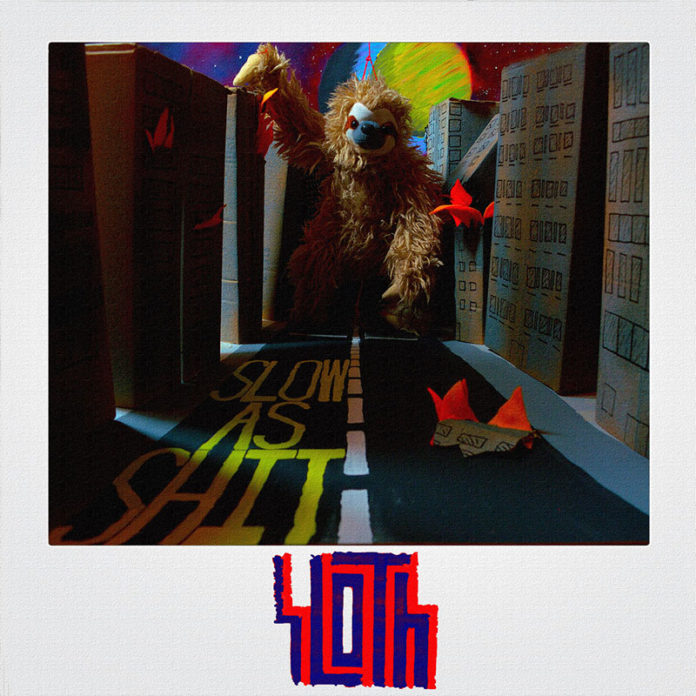 With track titles centered around consciousness (namely, whether or not something’s asleep), the debut album from one-man band Sloth. goes for psychedelic doom metal of a well-baked sort. Laying down sweet-toned guitars and thick-fuzzed bass while leisurely kicks come from the drum-set, Sloth. do a good job evoking the slow-paced greenery of their name-sake’s environment, exploring the melodies with a thorough but relaxed pace that calls Albinö Rhino to mind.

For a one-man effort, there’s some great work put into layering the various elements, tying them together at some points and letting others simply roll out into sprawling terrain.  Though about half of the songs hover around the ten-minute mark, they tend not to drag on (well, assuming stoner psych doom is to your taste to begin with), thanks to the fluidity and, to a large degree, the already mentioned emphasis on tone.  Though things feel a little aimless at times, it wanders around in a way that seems appropriate to the style; while this may put off sober listeners, those in the (presumable) intended head-space for the swirling, dripping, resinous licks might find it a nice unwinding treat.

While there are a few instances of guttural vocals creeping out from the undergrowth, Slow As Shit is mostly an instrumental album, so fans of Bongripper and similar acts may want to prick their ears up at this one.  Since there are a few surprises waiting to be sprung on first-time listeners, and enough treacle-thick grooves to suck in returning visitors, Sloth. have done a respectable job setting out on a trek with grassy scenes to be explored and little danger of getting anyone’s pulse out of control.