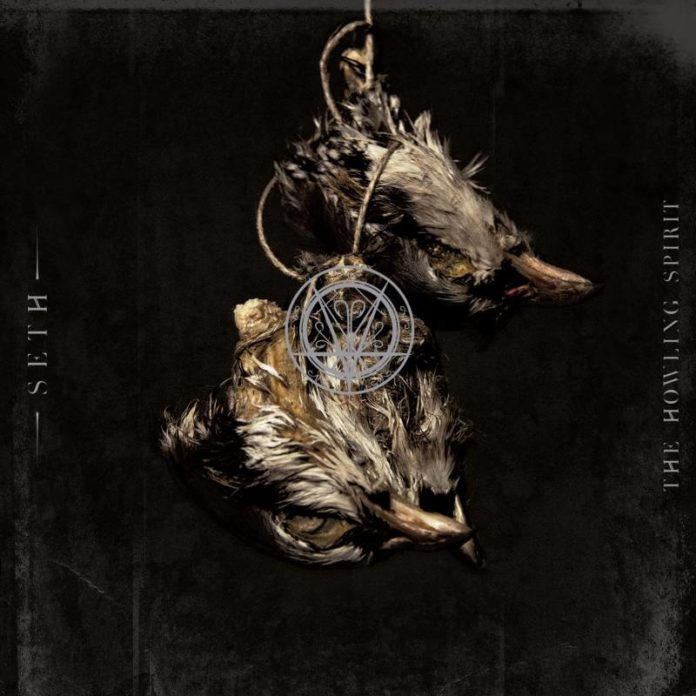 A few months ago I reviewed Hell Militia‘s latest album ‘Jacob’s Ladder‘. There I mentioned that although France was not typically associated with having a thriving metal scene, this was an unjust presumption. Now, here we have Seth, a band hailing from Bordeaux, who have returned from a hiatus spanning nearly a decade (their last release ‘Era Decay‘ was put out in 2004) and are determined to make the latter half of my statement even more true.

In ‘The Howling Spirit‘ you can really hear just how much Seth want to make an impact and get their name out there, combining elements that will appeal to everyone. There are many progressive elements for the Opeth and Edge of Sanity fans; some extreme metal parts that are so fast they just become a metal themed maelstrom of malevolence; and some really grim and discordant sections not a million miles away from the sounds of their fellow countrymen Deathspell Omega. Basically, this album has at least a few songs worth of material that will please pretty much any and all sub genres of metalheads.

“The Howling Spirit” is an album that, sooner or later, will grab you by the balls. For me, it was the track “Ten Barrels”; Almost thrash in sound and structure, this is one of the catchier tracks, featuring memorable riffs and a brilliant dynamic. While it really gets the head banging, it doesn’t lose that sense of evil and misanthropy that is quite imperative in albums of this genre.

On a more critical note, the large amount of influences that are apparent in this album doesn’t always work; for example, there are some clean vocals thrown in some of the tracks that are plainly influenced by Ihsahn‘s work in Emperor, but that just sound like a really good example of how not to do those styles of vocals. A similar thing happens with the guitar work, with certain pieces sounding like watered down Opeth riffs. While I wouldn’t say that this is a huge drawback, I would have preferred to just hear Seth being Seth since as the rest of the record clearly shows, they are more than capable of doing their own thing perfectly well.

If you fancy a little bit of Progressive Black Metal and not just the  typical old school punchy sounding BM, then you’re probably going to want to, at least, listen through this album once to make your own mind up on it. While it won’t change your world, that doesn’t meant that you won’t thoroughly enjoy it if you’re of the aforementioned black metal persuasion. Comeback albums are always difficult, but Seth have done a brilliant job at showing that their absence hasn’t hindered them in any way.