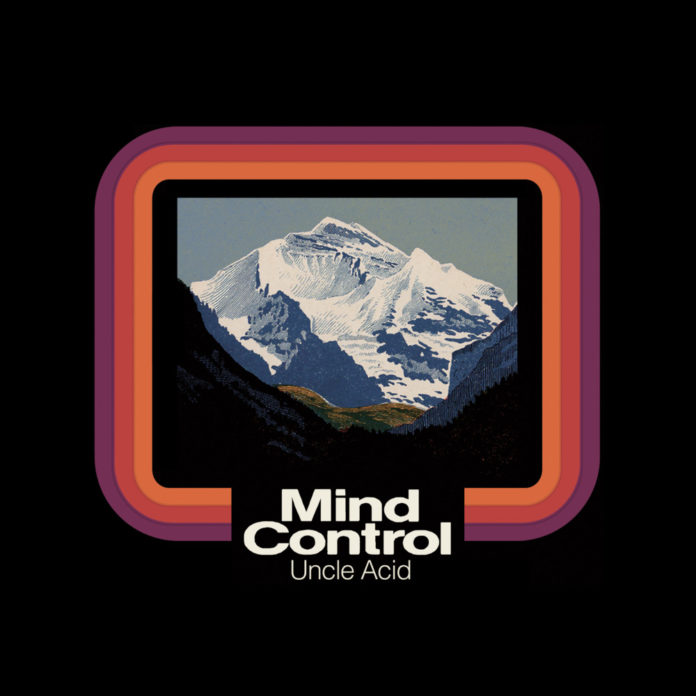 I can remember the very first time I ever heard Uncle Acid and the Deadbeats. Someone posted a link to “Death’s Door,” the second song off their sophomore LP Blood Lust, and I was immediately hooked. The album it was on wasn’t anywhere near perfect, but that was exactly what drove me to worship it – the musicianship was messy, the mix was brickwalled, and the vocals were airy and distant, but those riffs, man! THOSE RIFFS!! Blood Lust had this indistinguishable character about it, a scuzzy sense of catchiness that easily placed it with the best of oldschool-minded doomers like Witchcraft and Graveyard. Unlike those bands, however, Uncle Acid could sound pretty dangerous. Their only weakness was that all the songs were pretty damn similar, each limping along with the same bluesy pentatonic shuffle. And even if that brought down my enjoyment of the album a bit, it didn’t really matter. I like to call it Motorhead syndrome – yeah, it might all be the same song, but it’s a really fucking good song.

Now that Uncle Acid has made a name for themselves and enjoyed a surprisingly swift rise to metal-fame, they’ve finally unleashed a followup LP upon the world for all their fanatics to drool over. Mind Control, the third offering from the minds of these drug-addled doom cultists, avoids many of the pitfalls of Blood Lust by switching up their formula throughout the album. They’re best known for the shuffling Pentagram-esque classic doom stylings that defined such hits as “I’ll Cut You Down” and “Ritual Knife,” but they’ve broadened their scope a lot on Mind Control. The sound is much more progressive, weaving in elements of drone and (even more) psychedelia into the mix than before. But as with most experiments of any nature, there’s a lot of it that just doesn’t work.

The opener “Mt. Abraxas” sets the tone for the album. The impeccable ear for a catchy riff is still there, but “Abraxas” goes into an entirely unexpected progressive direction about halfway through. This is still Uncle Acid, but it’s not the same one you remember hearing. There’s a few cuts here that are rifftastic earworms as you’ve come to expect from the group (“Mind Crawler” and “Poison Apple,” in particular, will keep your head nodding for days), but some venture into unexplored territory with mixed results. The lighter-sounding cut “Death Valley” is only really distinguishable by its closing chorus, which is really more annoying than anything else, and “Follow the Leader” is an intrepid exploration into an expansive land of sitar-tinged drone where absolutely nothing happens. But when Uncle Acid hit the mark, they absolutely nail it. “Desert Ceremony” is the perfect balance of gloomy doom and catchiness, and the closer “Devil’s Work” is easily one of the most sinister-sounding songs they’ve ever penned. Its creeping and slinking grooves and spooky vibes are worthy of soundtracking a modern horror classic with Vincent Price in the starring role. Yeah, I know he’s dead, but there’d definitely be some necromancy involved. It’s that heavy.

Uncle Acid knows exactly what they do best, so I have to give them credit for being adventurous enough to try something different on Mind Control. The fact remains, however, that there’s a few songs on here that really pale in comparison to the stronger cuts on the album. While there’s a few experiments that really take off, an equal number never really seem to get off the ground. It’s an inconsistent record, and there’ll only be a few songs that you’ll find yourself returning to again and again. But oh, what fantastic songs they are. Mind Control is a good representation of Uncle Acid heading in a new direction, but they still haven’t quite found their footing yet in this strange territory. Give ’em another album or two to get comfortable, and I’m sure they’ll really strike gold.