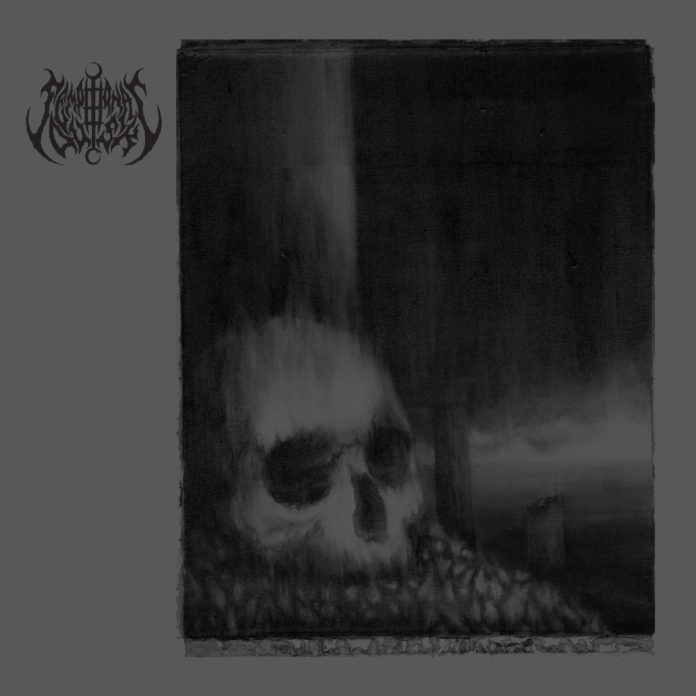 For over a decade now, Portland, Oregon, has been a hotspot for doom, having produced such titans of the genre as Witch Mountain and Yob. Maybe it’s the climate up there that causes it, but it seems like bands from the Pacific Northwest all tend to have a murky down-trodden vibe, as well as a crushingly heavy sound. Even the grunge bands weren’t super-fast, just look at the Melvins’ classic albums Bullhead and Lysol.

Sempiternal Dusk are a death/doom band that formed in Portland in 2009, and play some of the slowest death metal this side of Incantation. Sempiternal Dusk, the band’s self-titled full-length debut, moves at a snail’s pace, even when the band switches to death metal mode. “Moon Beneath Hook Cross” starts things off with keyboards that are made to sound like a droning Gregorian chant, with a slow, dark doom riff. When the vocals kick in, the music shifts to more of a death metal style, similar to that of Incantation and Immolation; in other words, the approach to death metal is pretty old school and primal sounding. Doom isn’t overly concerned with complicated chord progressions and time signatures in the first place, but all of Sempiternal Dusk’s riffs are fairly simplistic, though still super heavy. “Upon The Gallows At Perihelion” is a good mid-point through the album, as it picks up a little more speed and has some excellent groove-oriented guitar licks that show up about halfway through the song. The vocals are of the deep, guttural cookie monster variety, but they serve the tone of the music well, which is also really deep and monolithic.

I’ve been known to bitch incessantly about guitar and bass tone being distinguishable from each other, especially when it comes to doom; everybody seems to like the same pedals, and when all instruments are fuzzy sounding it’s hard to pick out the separate notes. In Sempiternal Dusk’s case, however, the heavily distorted sound works pretty well, since the music isn’t overly complicated. The production is fairly swampy, which sounds like it would be a bad thing but, again, totally works to the band’s advantage, and perfectly captures the feeling they’re trying to convey.

The issue here is that while there are some okay riffs here and there, it’s all just a little too simple, and a little too indebted to the classic death/doom sound of the early 90s. I don’t expect every band to be groundbreaking and ultra-original, in fact, I like seeing some bands take things back to basics; in Sempiternal Dusk’s case, however, it’s hard to distinguish them from any other run-of-the-mill death/doom outfit. The songwriting is just a bit too generic for my taste, and there really aren’t any standout moments in the album, other than the groovy sections I mentioned earlier. Still, if you like slow doom with some guttural death growls, or mid-paced old-school sounding death metal, Sempiternal Dusk will be right up your alley.