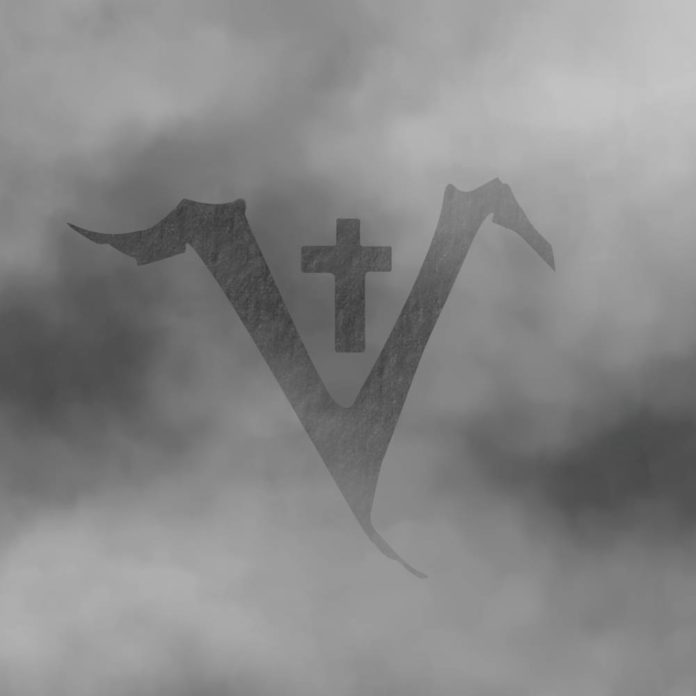 Few bands in the American doom metal scene, can claim as much influence and longevity as Los Angeles’ Saint Vitus. Part of an unholy trinity that included Pentagram and Trouble, Saint Vitus helped push heavy metal into gloomier and slower territory. Initially, this sound was met with much resistance,  finding some unexpected allies in the likes of Black Flag and the punk scene. After a couple of vocalist changes, a breakup in 1996, and a number of reunion shows, Saint Vitus made an official return to a heavy metal scene that was much more open to their sound, and released 2012’s Lillie: F-65.

2019 sees another return for the band, with original vocalist Scott Reagers returning to microphone on this eponymous record,  after nearly two and a half decades of abscense. Not much has changed in the band’s sound since their inception, and even Scott’s vocals sound as vital as ever. The riffs owe much to Tony Iommi and Black Sabbath, as can be heard on tracks like “Wormhole” and “Hour Glass,” while the one-two punch of “Bloodshed” and “12 Years in the Tomb” pick up the pace a bit, showing a little more life than even Lillie: F-65 managed to muster. “12 Years in the Tomb” really showcases Scott Reagers’ vocal range, which can go from a clean, mid-ranged baritone with almost operatic qualities, to a deeper guttural bellowing that manages to stay just shy of going into full harsh vocal territory.

There is a much more depth to the sound in Saint Vitus than that which could be found on Lillie: F-65, and while the latter  was certainly an enjoyable record, this new release feels like a band rejuvenated. While there are plenty of heavy Sabbath-worship riffs to be had throughout the record, there are also interludes that bring things back into dark and gloomy territory, such as “A Prelude To” and “City Park.” Guitarist Dave Chandler (the sole constant member of Saint Vitus) even takes up vocal duties on the eerie “City Park,” and in the album closer, “Useless,” which serves as a nod to the band’s punk rock ties. The addition of new bassist Pat Bruders, who replaced long-time bassist and founding member Mark Addams, has a lot to do with this fresh energy. Alongside drummer Henry Vasquez, Bruders lays down a sturdy backbone to every track, providing plenty of low-end, and giving Chandler plenty of room to cut loose on his trademark chaotic guitar solos, as can be heard on opener “Remains.”

Although the production on Saint Vitus is fairly bare-bones, it’s much more clean-sounding than the previous record, which had an almost unfinished quality to it. There isn’t an overabundance of tracks, giving the album an almost “live” quality, though you can pick out a few layered guitar bits here and there. This is somewhat of a double-edged sword, since a couple of the tracks might have been made even more majestic, and/or epic sounding with a few more guitars layered in. Overall, though, you get a pretty classic-sounding Saint Vitus, which will certainly please the die-hards in the crowd. As already mentioned, the formula remains largely unchanged but, hey, if it’s not broken, why try to fix it? Saint Vitus is well-worth any doom fan’s time, and it’s a great addition to one of the pioneers of the scene’s excellent catalog.

Metal Blast is a completely ads-free publication, meaning that it generates ZERO revenue. Although it is a passion project for us, and we will continue for as long as we can, we would really appreciate it if you could sign up to our Patreon and  help us cover some of our server costs. Every penny counts!

Doom pioneers Saint Vitus sound rejuvenated on their first studio recording with original vocalist Scott Reagers in nearly 25 years.
Reader Rating1 Vote
Solid range of tempos and dynamics
Crisp, clean-sounding production that manages to also sound like a "live" recording
Scott Reagers' vocals are just as strong as ever, with a solid range of tones
The production, while clean, is fairly bare-bones, and it would have been cool to hear a few more overdubs
There hasn't really been much of a change in the sound, which some extreme metal fans might find a bit old-fashioned
4.5