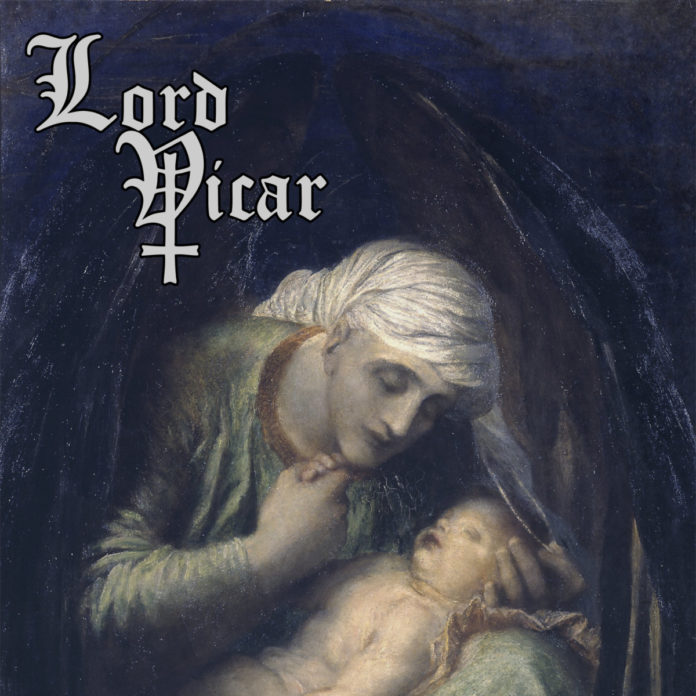 It’s a pretty  ambitious move to open an album with a 17-minute track but, then again, this latest release by Lord Vicar is full of surprises that – like marmite – you can only love or hate. The Black Powder was first released independently in April, and has since seen a steady appreciation building for it by existing fans and new listeners alike. Having not been massively up to date on their prior releases, it was interesting going into this one as pretty much a fresh slate.

If you’re a fan of Black Sabbath, then it goes without saying that I think you’ll get a big sense of enjoyment out of this album. While some bands try to opt for emulating the Sabbath sound beat for beat, this album chooses instead to act as more of a love letter to their predecessors, paying homage to that classic stoner sound of the early days of metal. Vocalist Chritus shows a decent contrast in vocal range, being able to use it adequately even in the more upbeat and belting moments of songs like ‘Levitation,’ or in the gentle lilting tones of ‘Nightmare.’

For me, the two standout tracks of the entire album are ‘The Temple in the Bedrock’ and ‘Impact’. They’re worlds apart from the other songs in regards to tempo and overall catchiness. Then again, I’ve always been a sucker for the more up-tempo stuff when it comes to the genre. As mentioned above, opening track ‘Sulfur, Charcoal and Saltpeter’ was a very interesting choice when picking something to kick things off. With longer tracks usually reserved for a later spot in the running order, having something that is roughly a third of the release’s entire length as the opener was pretty ‘out there’. Having said that, the song’s structure really does not make it feel that long at all; indeed, with a steam rolling build up, and sections of the song playing out almost like chapters, you get immersed in the composition and storytelling from the first minute to the very last, unaware of how much time you’re devoting to a single track.

The Black Powder is good, solid album for existing fans of Lord Vicar and Doom Metal in general. Some of the more subdued tracks might lose people during a preliminary listen, like ‘Descent’ or ‘A Second Chance,’ but will definitely catch their attention when they come back to it. This is an album that definitely sticks to you more with every subsequent listen.

Reader Rating1 Vote
Deep rich soundscapes in the first track
The upbeat songs are excellent toe-tappers
Great for fans of early Sabbath
The slower sections struggle to keep your attention
3.5