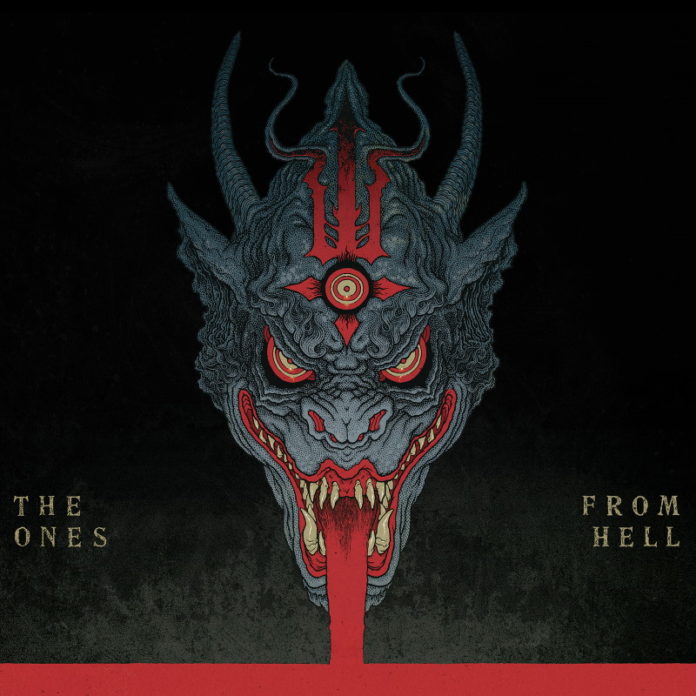 Emerging with the latest in their string of assorted releases, the French trio of Necrowretch are back on Season of Mist (specifically, their Underground Activists imprint) after putting out the Welcome to Your Funeral mini-album on Triumph ov Death. Boasting eight songs, the album deals primarily in death metal, while a blackened edge to the vocals and drum mixing pitches up the intensity a few degrees.

Opening track “Pure Hellfire” eases listeners in with some acoustic guitar before dropping them into the barrage of guitar riffs and pounding drums. The guitar sounds sharp, particularly in the solos, the vocals don’t overshadow the other instruments, and the volume balancing between the elements lets it all come through in powerful but clear form. As the album progresses, the band shows its knack for hooky, rapidly-deployed rhythmic shifts, and by switching them up just as the groove sets in, they keep the trip feeling novel while the base holds firm.

The black metal side of things does feel much more like a garnish than a true influence, which is likely my biggest complaint about the album (and, granted, that’s not a very large one). The lyrics, vocal style, and some of the production seem to embrace it, but it doesn’t feel as though they actually aimed for ‘black metal’ vibes in the actual songwriting. Where it does, it tends to be in intros, interludes, and solos, letting the death metal arrangements hold sway over practically all of the meaty parts. There are exceptions here and there, of course, but they come so infrequently as to be easy to overlook.

That’s not to diminish the quality of the music. Throughout the album, Necrowretch bring a visceral vitality to their playing, and it’s clear that they have genuine enthusiasm for and investment in what they’re creating. “Through the Black Abyss”, the penultimate track, is a great demonstration of that, being an almost entirely instrumental voyage that finds the group changing up dynamics to great effect.

On the whole, it’s not an outstanding album, but it is a consistently well-made one. And it manages that consistency while the band plays around with some light experimentation, which deserves recognition. Long-time fans should be satisfied, while newcomers will find something with more depth than might initially be apparent.

Necrowretch – To Ones From Hell
THE BOTTOM LINE
Respectable death metal with a blackened crust, this should tide you over if you've been hungering for that very thing.
Reader Rating0 Votes
POSITIVES
Strong rhythms
Solid riffs
Impressive energy
NEGATIVES
Awkward balance of the genre mix
Doesn't stretch itself as far as the performances make the band seem capable of achieving
4