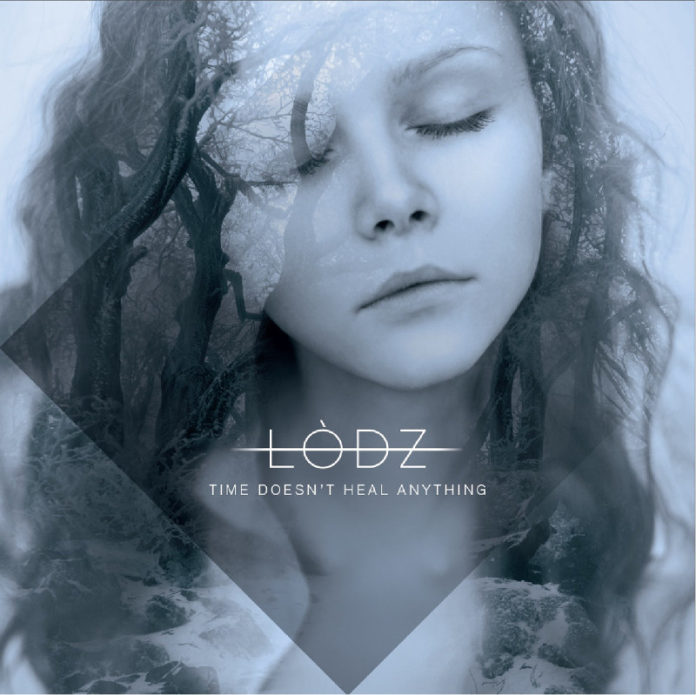 With this sophomore LP, the French band of Lòdz have assembled nearly an hour’s worth of music, aiming for sizable tracks with twists through a variety of rhythms and dynamics. Unfortunately, the vocals seem to take a bundle of cues from metalcore, alternating between plaintive near-whining, overwrought growl-shouting, and melodramatic fragility. This forms the weakest link in the songs, as the music is otherwise fairly strong, with the most glaring faults being the overly formulaic nature of its chording and chorus arrangements. The production work, while slick throughout the album, doesn’t do much to obscure these weaknesses; no matter how much attack envelope tweaking and echo treatment might be applied to a guitar part, it’s no substitute for originality in the riffs and progressions.

That noted, it does seem like the quartet put some effort into what the album presents, as the general interplay between instruments, trade-off on quiet-loud-loud-quiet movements, and underscoring of the most overtly emotional passages all point to under-nurtured ideas of how to go about creating effective tracks. If anything, it’s the sense of emotional immaturity which hobbles the album past the point of tolerable flaws, with the frustrated impotence communicated by the roars and squeals evoking similar mood territory to Linkin Park, just dressed in a different sub-genre’s tones.

It’s unfortunate, because the instrumental sections (the opening of “Shattered Dreams”, for instance) hint at a willingness to explore the mood-building possibilities offered by just taking a creative approach to how the instruments come together. But for every thoughtful interlude, they seem to be compelled to throw the switch back into another outburst of bleating and braying, scuttling the rising quality before it has a chance to go anywhere new.

Essentially, this an album which suggests that the group is capable of something better, but doesn’t make it seem like that improvement will come anytime soon. Whether they’re fixated on courting the demographic of teenagers and early-20s, or genuinely feel that they’re expressing something worthwhile with their chosen tack, Lòdz give the impression of a band that will need something dramatic (e.g., disease, near-death experience, etc.) in the lives of its members before they’re able to shake themselves into creating material of a provocative and substantial bent. For now, though, unless you’re looking for something just a few steps beyond what edgy teenagers were listening to a decade ago, it’s really not worth the time to bother with them.

THE BOTTOM LINE
Underdeveloped emotionally, compositionally, and artistically, but with a few bright spots here and there
Reader Rating0 Votes
POSITIVES
Good production
Decent interplay
Short hints of interesting instrumental sections
NEGATIVES
Vocals which call to mind associations with high school musicians
Treading of territory that's long been beaten into the ground, with nothing much to add
Unwillingness to let the instruments create something interesting without smearing the poor vocals all over it
3