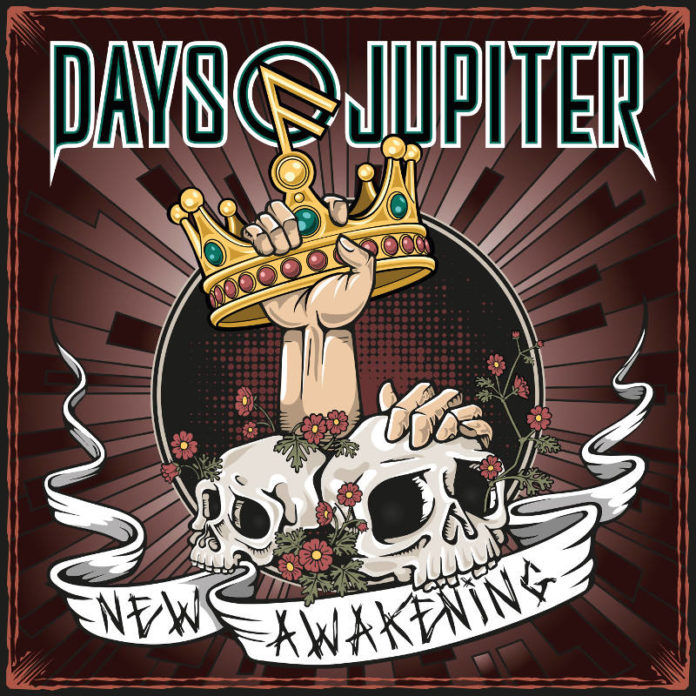 With their third album, this Swedish band delivers metal that shaves off attachment to any sub-genres, packing songs that veer closer in style and composition to modern rock than to anything more specialized than just ‘metal’. Think in terms of what Disturbed use for their cover songs: blunted guitar tones, near-poppy chorus rhythms, and vocals that generally grumble instead of being able to draw enough anger together to actually yell. Throw in the lyrical tendencies of complaining and moping (without being dramatic enough about it to evoke something like the enveloping depression of funeral doom, or the self-loathing of sludge) and it can be a downright painful experience if you go into the album expecting metal with some balls to it.

The drums tend to be the liveliest thing the songs have going for them, as moments (like in “Wasted Years”) when they take point and get to show some speed easily out-strip the rest of the instrumental contributions. But most of the time, it seems as though the drummer was being asked to rein it in, and that sort of restraint is what provides the music’s greatest weaknesses. Though this does lean heavily on personal preferences, the inclination to go for easy sing-along potential instead of rawer passion undermines the inherent qualities of metal (and, arguably, those of the rock components as well). It feels like faux aggression, without even the honesty of hair metal to acknowledge that it’s just being done for the aesthetic qualities, rather than the emotional ones.

Times like the moody simpering of “Erase”, and their comparatively firm construction, suggest that the band would be better-suited to tackling the consumer-friendly middle ground between metalcore and Nickelback pap rock (the realm of Seether, Alter Bridge, Chevelle, and others), and honestly, it’s just a matter of marketing keeping them from that grouping. I mean, for fuck’s sake, when you’ve got lyrics like “If I were God / For just one day / I’d turn back time / And find a way / I would tell you everything we’ve spoken / I would show you a world unbroken / If I were God / For just one day / I would take away / All the demons that / Were in your way” there’s not much hope outside of the Hot Topic and ‘aging black hair-dye’ crowd.

Do I hear anything in the album to support a genuine recommendation? Well, there are some good drum moments, and when the vocalist shuts up, the guitarist manages some decent (but not outstanding) riffage. But on the whole, it just comes off as insubstantial and under-developed, with a low estimation of their intended audience’s maturity and taste. This being the group’s third album, that would suggest that they’ve pretty much settled into that groove by this point, so the chances of them improving anytime in the coming decade seems slim at best. Show some self-respect, or at least some sense of value for your time, and skip this one.

THE BOTTOM LINE
An album that seeks to engage with a near-lowest common denominator, instead of developing its musical tendencies into anything which might require a depth of character
POSITIVES
Decent drumming
Some cute guitar-work
NEGATIVES
Low-effort vocals
Cringe-inducing lyrics
Artificial-feeling rebelliousness
A hollow aftertaste
2.5