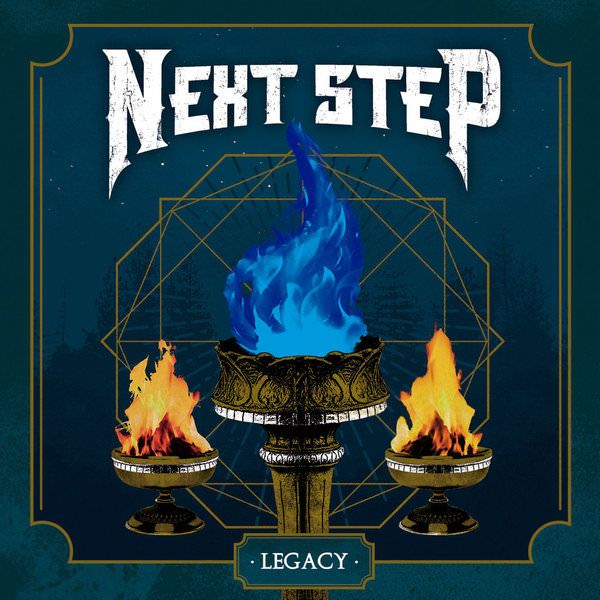 As lamented by metal fans as grunge was, it certainly helped bring more aggressive music into the mainstream. Bands like Soundgarden and Alice In Chains were all over the airwaves and, for better or worse, paved the way for countless radio-ready “heavy rock” bands, like Alter Bridge and Breaking Benjamin. Call them post-grunge, modern rock, or whatever you like, you know what to expect: “yarling” vocals, crunchy guitars, and immaculate, squeaky clean production values. Fans of more extreme music bemoan these bands, but record sales show that there is certainly an audience for this form of hard rock, and, truth be told, there are definitely some great albums in the genre. That’s where Madrid, Spain’s Next Step come in.

Legacy is full of crunchy riffs, and vocals that are reminiscent of Breaking Benjamin. I’ll give you fair warning, if you’re not a fan of the “post-grunge” genre, this record will very likely not change your mind. Everything you’ve heard on a Seether or Shinedown record, you’ll hear on Legacy. There are plenty of heavy riffs on songs like “Wounds Become Scars” and “Follow,” but there are also power ballads, like “Price We Pay.” The vocals have that twangy, snarly you’d expect on this type of album, but there are occasional guttural yells that add an extra layer of heaviness into the mix.

The production is absolutely pristine, with plenty of each instrument in the mix, and nobody drowning anyone else out. This album would probably benefit from a dirtier sound, though, and the songwriting isn’t super original. Next Step are great at what they do, and play together really tightly, but I would like to see them try to differentiate themselves from their influences a little bit more next time. If you’re into bands like Alter bridge and Shinedown, you’ll probably enjoy Legacy a lot, but don’t expect any reinvention of the wheel here.