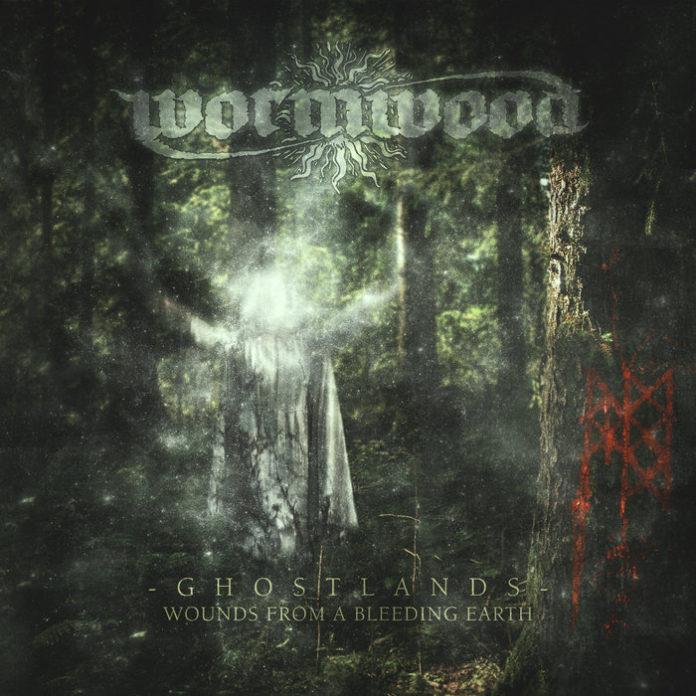 Formed just in 2014 in Stockholm, Sweden’s Wormwood give the impression that they’ve been a working unit for much longer than their actual time together as a band. The band’s first EP, 2015’s The Void: Stories from the Whispering Well, featured a black n’ roll meets folk metal sound, which left the band feeling unsatisfied. This year, Wormwood have released a new batch of tunes that are much more in line with their vision, Wounds From A Bleeding Earth.

Those of you that actually read my inane ramblings about anything and everything metal know how much I love melodic black metal. No matter what mood I’m in, I can always put on some Naglfar or Dark Funeral, and it seems to always provide the perfect soundtrack. That’s where Wounds From A Bleeding Earth comes in; the vocals, occasional blastbeats, and tremolo-picked guitars peg Wormwood as a black metal outfit, but their sense of melody is absolutely perfect. “Godless Serenade,” for instance, is a melodic masterpiece, with melancholy riffs galore, and guitar tones that making some truly heartachingly beautiful melodies, whether distorted or clean. The melodies and rhythms on songs like “The Universe Is Dying” are still reminiscent of the folk metal leanings of Wormwood’s debut EP, but there is a bit more aggression this time around, with a more mature approach in songwriting.

There are a number of shifts in tone throughout the course of each and every track, which have been captured perfectly in the studio and production. The transitions in tempo and tone are flawless, and the overall ebb and flow of the album progresses very naturally. A particular favorite track of mine that highlights this is the super melancholy “Beneath Ravens And Bones,” which has some melodies that rival just about anything Wolves In The Throne Room ever did. If you like your black metal with a bit more melody, and with some folk influences, look no further than Wounds From A Bleeding Earth by Wormwood. They may be a new band, but Wormwood already show a lot of potential, and I believe they have a very bright future ahead of them.