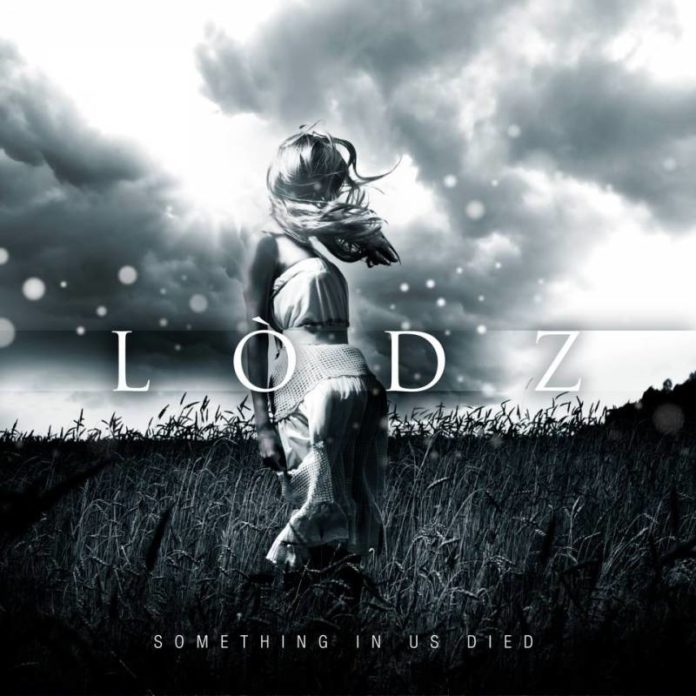 Before I properly begin this review, stop what you’re doing and remember October 18th. That is the release date of Something In Us Died, the debut full-length from French band Lodz, and I encourage you all to grab a hold of it. Now, I don’t just say this because I think Something In Us Died is a great record. Immensely compelling and intriguing, this is one of those albums which took me a good few listens to get to grips with. Lodz serve up a sound quite unlike anything I’ve heard before, even if,  at the same time, it also fits within a general trend in the current metal scene.

The key to this trend is hybridisation and genre-bending. Lodz follow this mantra crossover mantra to such an extent that the album’s style is hard to categorise, falling somewhere between post-rock/-metal and post-hardcore while, at the same time, indebted to the pop-tinged catchiness of Circles and TesseracT, with more than a little alternative rock thrown in for good measure.

This may all sound like too much to take in, but Lodz manage to strike the balance between downbeat melancholia and the hypnotic atmosphere attained by good post-metal. The balance is most well struck in the final three tracks, which together combine and lead to a climax which I’d rank among the best of (early) Isis or Sólstafir in quality and affect.

Closing track ‘Close to the Flames’ is possibly the album’s strongest in terms of emotional impact and structure (the repeating phrase of the record’s final two minutes being what reminds me the most of Sólstafir) something that is made possible by the balance of the preceding two tracks,  ‘Walking Like Shades’ and “The Rope”. The former is the primary interlude on the album, a hauntingly spare lament which balances well between the soaring highs of the previous ‘Closed Hospitals’ and ‘The Rope’.

The concluding three-track suite is a fantastic example of Lodz’s successful marriage of post-metal and more melodic/hook-focused metal. ‘Walking Like Shades’ would not be out of place on a Sigur Ros album, although with vocals shoved up the register a few notches, whilst ‘The Rope’ could almost be a post-metal cover of an alternative rock tune, with its verse-chorus-bridge structure and smatterings of Deftones/Incubus influence.

I hope that by now it’s obvious just how much I like this record. That said, it’s not a perfect album, and I’ve given other albums higher ratings despite enjoying them less. Something In Us Died takes a certain amount of effort to get into, but if you’re prepared to put in the time and go beyond the post-metal surface, then there is a hell of a lot to listen out for here. That it requires effort to look beyond this surface layer is perhaps the record’s biggest failing; Indeed, although all of the songs are great, to me the first five tracks still seem to blur into one long movement, even though I’ve listened to the album over and over again.This is just a minor criticism since, despite the track-by-track relentlessness, there isn’t really a sound on Something In Us Died that turns me off.

The strongest test of an album is its repeatability (do I miss listening to the music when it’s not there?) and this is something that Lodz, with their debut album, have masterfully accomplished.

Remember October 18th, and have a listen.