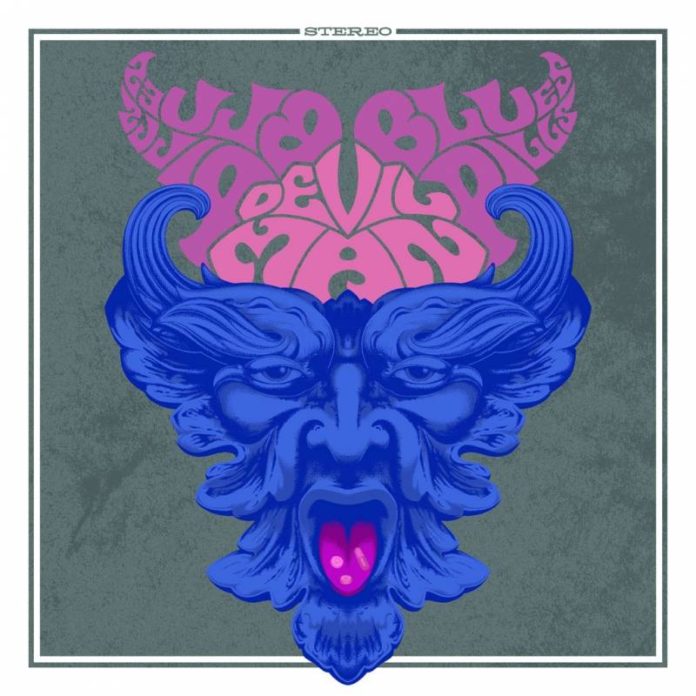 With the way that heavy metal’s diffused into a billion different sub-families since its genesis, it’s easy as hell to forget where it all came from. If it weren’t for the heavy drugged-out psych rock of the 60s like Blue Cheer and Cream, we probably wouldn’t even have Black Sabbath. And then where would we be? Well, nowhere that I’d want to be, that’s for damn sure. It can be easy to overlook the hazy early days of heavy music, but Nuclear Blast has a knack for signing bands who are still on that level – they’ve given us Graveyard, Witchcraft, and now Blues Pills, formed from the ashes of Radio Moscow. Each of these bands takes us on a wholly different nostalgia trip from the other; while Witchcraft recall the hazy sub-basements of Pentagram, Graveyard are a flashback to the psychedelic proto-metal rock of innumerable hippie jam sessions. Blues Pills does what Graveyard does, except not quite as well – but the fact that they have the very reincarnation of Janis Joplin on their side is quite the ace in the hole.

If you’ve never heard of Blues Pills before (and you probably haven’t), “Devil Man” is all you need to hear. Seriously, go click that right the hell now. Elin Larsson’s voice calls out like a hippie muezzin, and you can practically hear every single dope-head on the planet light up at once in communion before the heavy blues jams kick in with a delicious fuzzy punch. There’s no better way to start off an album – or a band’s career, for that matter! – and “Devil Man” sets the bar in the stratosphere almost immediately. The real shame of this EP is that the rest of the songs don’t live up to the opening track’s promise at all. Whereas “Devil Man” has all the soulful passion and bluesy grooviness of the very best of Janis Joplin, the lower-key ballads like “Dig In” and “The River” seem to fade out into silence just as they’re getting interesting. While “Time Is Now,” the heavier opening to the B-side of the EP, is perfectly serviceable in its own right, it just can’t compare at all to the opening of Side A. But then again, there’s very little on this side of the Milky Way that can.

If there’s one thing that the Blues Pills have proven on this release, it’s their potential. Even with the opening cut alone, you can tell that they’re bound to get somewhere on the strength of their groovy riff sensibility, fuzzy production, finger-flying fret wizardry, and a vocalist that could easily carry any other likeminded band in existence – it’s only through cosmic luck that she’s managed to pair herself up with a band that can carry their own weight, too. Although “Devil Man” alone is worth the price of admission, the other tracks fail to deliver the same sense of rapturous wonderment; given enough time, I’m sure the Blues Pills will hone their craft into something truly special. And when that happens, you’d better start wearing a gas mask if you don’t want to experience a constant contact high.