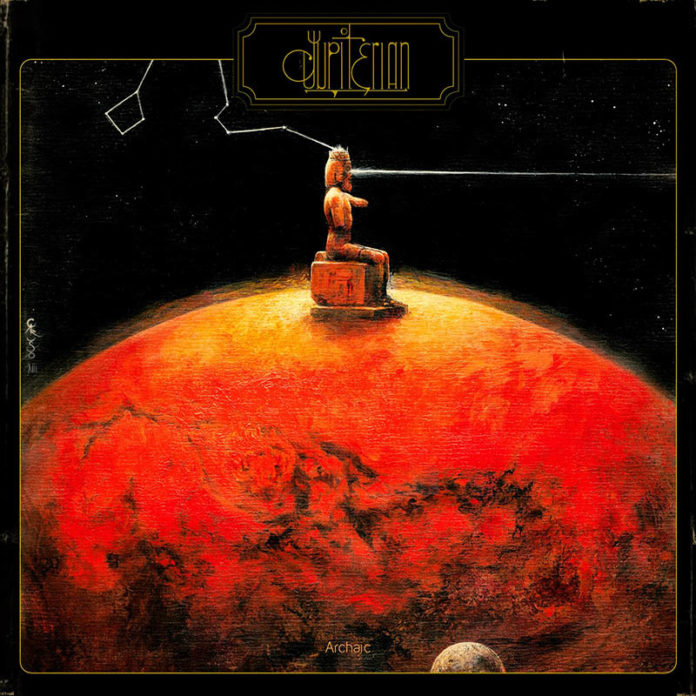 I’ve always been a sucker for funeral doom; I love the glacial paces, the colossal heaviness of the riffs, and the gut-wrenching melodies that, simultaneously, give off a sense of beauty and sorrow. Bands like Ahab and Mournful Congregation have really set the standard high for the genre, with Ahab in particular taking the genre in newer sonic territories that have incorporated elements of post-metal.

Jupiterian are a new band from Brazil that play a rather sludgy, murky version of death/doom, with a heavy funeral doom vibe. Archaic is the band’s first official release, and it certainly shows a lot of promise. If you mixed the droned out, super overdriven attack of early Conan with the melodic side of Ahab, you’d get something pretty similar to what Jupiterian are playing. Heavily overdriven guitars and bass that seem to always be on the verge of feeding back are backed by pounding drums and deep death growls. Occasionally there is some keyboard work which adds a bit more melody, as you can hear on album opener “Archaic,” but it’s mostly drowned out by the thick layers of distortion, and isn’t really meant to be a center-piece to the sound.

The biggest issue here is the heavily distorted tone that the guitars and bass use; while it has worked to great effect on albums like Dopethrone by Electric Wizard, or Horseback Battle Hammer by Conan, it’s a little too muddy here. The problem is you lose a lot of clarity, the constant crackling sound really takes away from the melodies, which are just as vital as the crushing heavy riffs they’re accompanying. If you can get past the production, though, there is really a lot to like here, and I look forward to hearing more from Jupiterian.