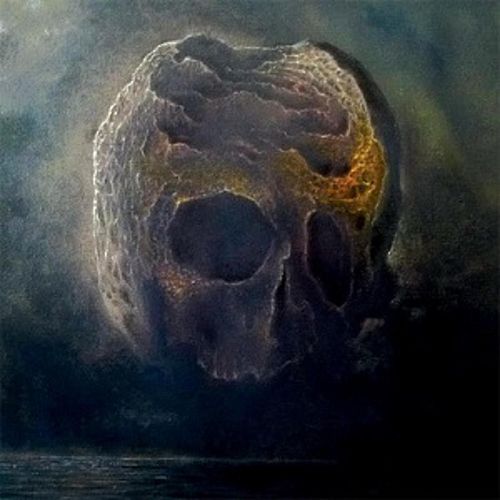 Although the Netherlands is usually associated with Symphonic metal acts like Epica and Within Temptation, the country also has a vibrant scene catering to the heavier sides of metal. From the thrash of Legions of the Damned to the (now deceased) occult music of The Devil’s Blood, the Low Countries have some very good representatives in the metal world.

Villainy shows yet another facet of this Dutch metal scene, with an 7” EP featuring just two songs. Interestingly enough, both songs seem so different from each other that if I didn’t know better I would have assumed they come from different bands altogether (I had to double check to make sure this wasn’t a split!).

“The View From My Ivory Tower” is, for the most part, a slow doom/crust track that, as it picks up speed and enters into a more traditional Death and Thrash Metal  territory, becomes reminiscent of the likes of Death and other founding fathers of the genre. It’s a particularly interesting choice when compared to the other track, “Heir to the Throne”, which goes in a completely different direction, picking up speed from the very beginning and moving much closer to the realm of punk rock.

While “Heir to the Throne” is a great song, “The View From My Ivory Tower” bored me to no end. The vocals don’t seem to be suited to that type of music (I think a death growl would have been more appropriate) and so they feel completely out of place (especially when coupled with the low-fi production that feels more appropriate to a punk setting). Although, thankfully, “Heir…” makes up for it, it’s hard to get that first bad impression out of my head.

Let’s just hope that any future releases will be more cohesive and coherent than this.