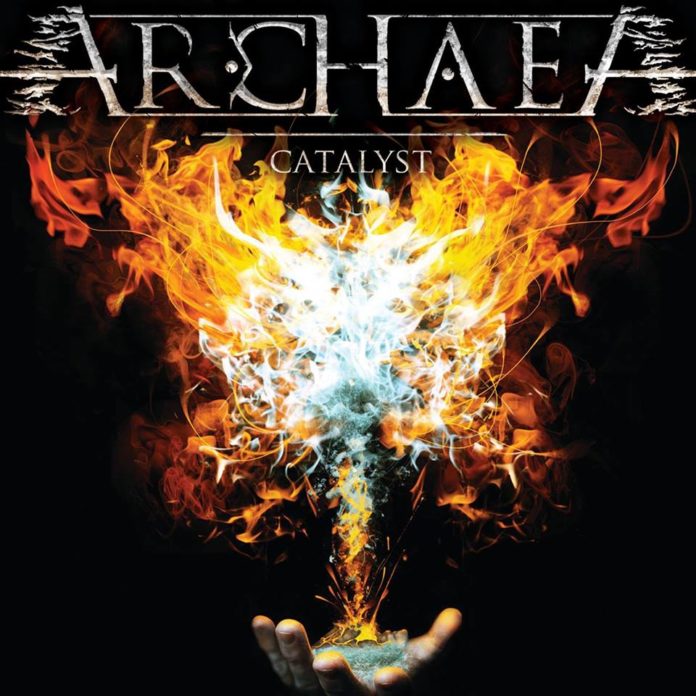 Forming in 2007, Archaea have been on an eight year long journey involving a revolving cast of musicians, and even building their own studio to record their first album. Now in 2015 we see their melodic death metal Frankenstein come to life, but does it have the guts and brutality to terrorize the villagers while maintaining a more soft and complex side? Let’s take a closer look into the workings of their monster.

The most commendable aspect of Catalyst is in the fine-tuned equilibrium between the soft and brutal elements. At times they sound much like Dragonland, with sweeping keys and a sheer feeling of grandeur in the sound, while at other times they emulate the likes of Finntroll in crushingly fast and marvellously dirty sections. The balancing act between these two sides is done superbly as neither dominates the other and instead complement each other, working together to produce a sound with an exciting degree of variation that flows beautifully.

There are abundant sources of energy and relentless force in the sound that can easily get the heads banging, bodies moving, and moshpit grinding. This is developed through lowballing, fast paced guitar riffing and on point percussion. Adding to the insanity are the vocals which come in as a ferocious growl that embodies the demonic vibes and energy produced by the the band. This coupled with the imagery created by the melodic portions makes for a performance dripping with drama capable of sowing raw emotion into the mind of the listener.

Archaea may have taken a long time to release Catalyst, but it was well worth the effort. The album is masterfully assembled and is reflective of the passion and dedication that went into its conception. Here’s hoping it doesn’t take them as long to produce their next one.