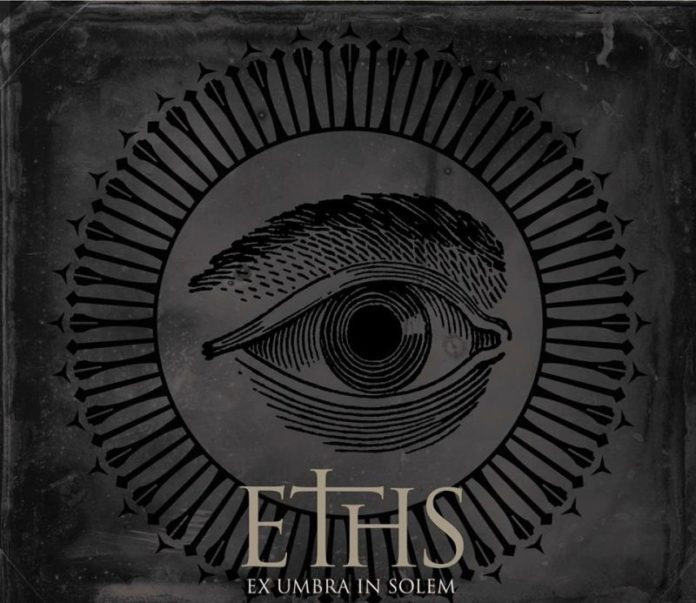 After the departure of guitarist Greg Rouvière and vocalist Candice Clot last year, many longtime fans of Marsielle metalcore outfit Eths feared for their demise. However, the band returns with Ex Umbra In Solem following 2012’s III LP, and the debut of Rachel Aspe on vocals. But without two of the founding members, can they maintain the intensity of their previous work?

At face value, it’s very easy to see Ex Umbra In Solem as a lazy filler EP to keep rabid fans satiated between full-lengths; it can even feel more like a maxi-single even, with only one new song, amidst six re-recordings. The arrival of Aspe on vocals, however, changes everything and makes the band’s intentions become clearer.

A good vocalist can make or break a metal band. A new vocalist can cause rifts between often dedicated fanbases, and soon the whole thing begins to fall apart. You’ve got your Dio vs. Ozzy, your Di’Anno vs. Dickinson, you’ll always have fans arguing over the superior musician. Ex Umbra’s other six tracks aim to appease their following, helping them adjust to the change by featuring re-workings of older songs with the new singer,  and doing a great job at that.

The three live tracks  display Aspe’s tremendous vocal range on fan favourites ‘Samantha’ and ‘Crucifère’. She manages to replicate all of Clot’s challenging vocal melodies while still bringing a sense of freshness to an aging band. While on first listen you may notice a hint of restraint in her voice, you’ll soon discover that she can deliver a punishing reel of atonality, and just as easily switch to a harmonious clean melody in the snap of a hi-hat. Aspe really has a tremendous sense of control in her voice, which holds enormous promise for how her talents will be put to use in future releases and live performances. Regardless of this, however, the live recordings themselvesfeel somewhat redundant in their overly-clean production, taking away some of the atmosphere from a concer setting, especially alongside the three re-recordings

Although the re-recorded songs are just remixes of tracks from Eths’ last full-length, but with Aspe on vocals, might seem like a lazy addition, they act more as measuring stick to dedicated fans. Nonetheless it would feel a lot more like a worthwhile addition if these tracks were full studio recordings.

The real promise of the record comes from the title track, which dedicates itself to displaying all the new directions the band could possibly take. As the one new song on the EP, it obviously stands out among the remixes, packed with enough anarchic energy to hold its own among the band’s other singles. While Eths’ eclectic fusion of genres such as death, black, groove and hardcore is evident throughout their discography,‘Ex Umbra In Solem’ displays a far more cohesive fusion of these genres, going beyond being mere influences and becoming their own proper sound.

The title track shows a lot of progression when you hold it against the band’s older works, allowing this EP to act as a testament to how far Eths have developed in their fifteen-year career. Having said that, a couple of new songs would have considerably strengthened the record, since it just seems more like a sampler than a new EP. Although Ex Umbra in Solem is a record made mostly for dedicated fans, the songs are jammed with tight performances from an experienced troupe of veteran musicians, showcasing so much potential that it will leave you thirsting for more.[signoff predefined=”Signoff 1″][/signoff]