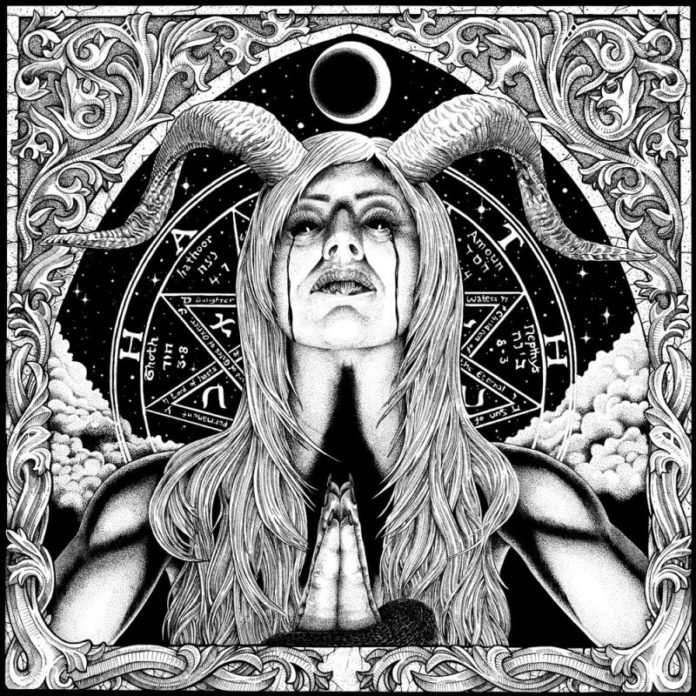 Spinal Tap were the first band to make the amps go up to eleven. They could have just made ten louder than normal, but no – theirs had to go up to eleven. But even they remembered that there are numbers below eleven; numbers that you have to build up from, and even come back to once in a while. This is something that scene veterans Ringworm don’t seem to understand, as their most recent LP Hammer of the Witch demonstrates.

From the opening salvo of “Dawn of Decay,” it becomes apparent immediately that Ringworm know how to shred faces. The riffs come in ceaseless cavalcades, the drums remorselessly pound away at a hardcore d-beat, the solos sweep and soar in a dizzying flurry of notes, and the vocals from James Bulloch are a clear display of why he’s earned the nickname “Human Furnace.” Ringworm doesn’t let up in their assault, never changing gears for a second – and that’s why Hammer of the Witch is just so damn boring.

You’d think that with a few extra years under their belt than most, Ringworm would understand the principle of musical dynamics. Loud and furious is good, especially if you’re a metal band, but you have to temper your assault with some slower and quieter moments to make the loud and furious ones stand out like they should. If there’s nothing to contrast the fury to but more fury, then fury becomes the new bedrock. And it goes without saying that when you stay at the same level for an entire LP’s runtime, that’s not a good sign. Peaks and valleys do wonders for keeping the listener interested, and even though Ringworm keeps up their high-energy assault for a blistering 41 minutes, it’s a runtime that feels way longer than it should simply due to the fact that the pace never changes. The album’s a desolate and repetitive plateau – granted, it’s a plateau forged in steel and tempered with venom, but it’s still a plateau.

To their credit, Ringworm does vary the pace a bit in the last two tracks of the album – “Die Like a Pig” has a serviceable Wolverine Blues groove that was enough to keep the album from becoming nothing but background noise. But the rest of the album is full of the same high-speed metallic hardcore with little to no variation, so it all blends together into an indistinguishable wave of d-beats and sweeping solos. And each song would be impressive on its own, if it didn’t sound like every single other song on the album.

If you know what you’re best at as a band, that already makes you a better group than most. If you focus on your strengths to the detriment of everything else, that’s not a bad idea either. But even within the confines of your own little musical box, there’s always plenty of room to play around with song structure, vary the pace, and make sure your album isn’t a goddamn chore to listen to. Hammer of the Witch has some songs that would start a decent pit at a live set, but based on Ringworm’s lack of vision, that set won’t be headlining any big bills anytime soon. But that’s not to say that it wouldn’t be a fun set regardless.