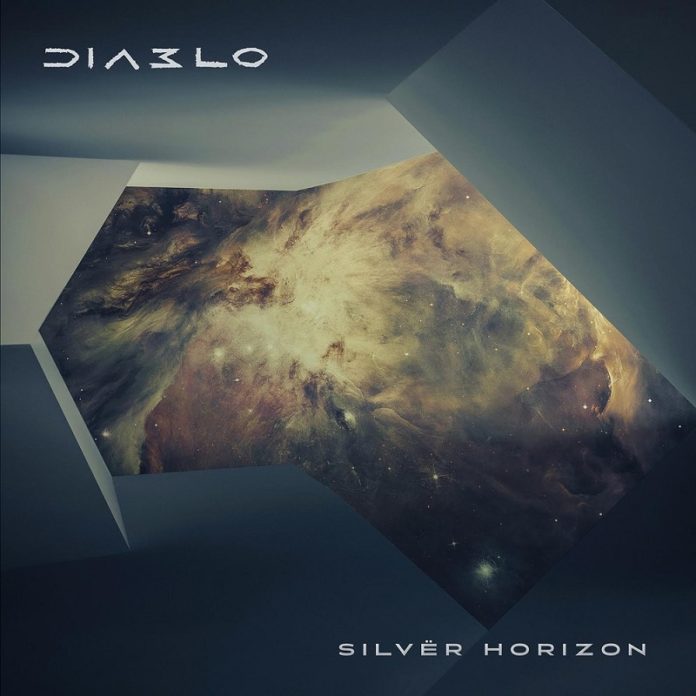 Scandinavian countries have produced so many great bands over the years that it’s difficult to keep track of every single one of them. For example, though Diablo might not be a familiar name to some metalheads, they’re no strangers to the global metal scene, having toured with the likes of Cannibal Corpse and Children Of Bodom, and are much beloved in their native Finland. Formed in 1995 as Diablo Brothers, the band changed its name to simply Diablo in 1999, and have released 5 full-length albums since 2000.

Silver Horizon is Diablo‘s first album since 2008’s Icaros, and I must say, the time has been well spent. Loosely based on a Swedish science fiction novel entitled “Aniara,” Silver Horizon has a futuristic feel to it, thanks in part to the electronic sounds and keyboards that weave in and out of the mix. Despite the heavily employed keyboards and soundscapes, Diablo are not a symphonic band, strictly speaking. Occupying a sonic territory that lies somewhere between the newer material by In Flames and This Godless Endeavor-era Nevermore, Diablo have produced a modern metal masterpiece. Under the layers of keyboards and flashy lead guitar work (“virtuoso” is definitely an applicable term here), the riffs are fierce, and blur the lines between power metal, thrash, and melodic death metal, “Corium Black” being an excellent example of this.

While Diablo‘s guitar work is truly jaw-dropping, the real ace in the hole is Rainer Nygård‘s vocals. The riffs are pretty savage at times, while Rainer‘s vocals are melodic and emotive, with a slightly gruff edge that perfectly matches the intensity of the riffs. Again, I’m reminded of Nevermore‘s Warrel Dane, who had a similar approach to melodic singing that also incorporated occasional shouts and even the occasional death growl. While Rainer‘s vocals might not always stay perfectly in tune, there’s a certain charm to them in the rougher moments, and they never fail to match the mood of the music. “Prince Of The Machine” is a favourite track of mine, possessing a slightly melancholy vibe, while still managing to be larger-than-life thanks to the flashy guitar work and beautiful keyboards.

The mastering on Silver Horizon is handled by evil genius Mika Jussila, a name many might recognize for his work with such bands as Amorphis, Children Of Bodom, and Edguy. Mika has been mastering Diablo‘s records since 2002, and with Silver Horizon, he proves himself to be a sonic alchemist. There are a lot of layers and textures to hear at once, enough that you’ll likely hear something new upon each new listen. At the same time, the mix never feels overwhelming; despite the layers of sounds on top of them, the core members of Diablo still manage to shine. It would be really easy to overproduce this kind of record, but Silver Horizon manages to keep its heavy metal edge, and doesn’t come off as too glossy or sterilized.

With Silver Horizon, Diablo have created yet another metal masterpiece, and will certainly gain themselves a new legion of followers, while pleasing the longtime fans as well. If you haven’t heard Diablo before, Silver Horizon is a great place to start, offering a great variety of sounds.

IN A NUTSHELL
With a solid production, catchy melodies mixed with heavy riffs, this record is a must-have for anyone that likes a bit of variety.
POSITIVES
Excellent musicianship, solid production, and a good mix of different sounds.
NEGATIVES
The vocals and extensive keyboard usage might turn off those looking for a more brutal style.
5