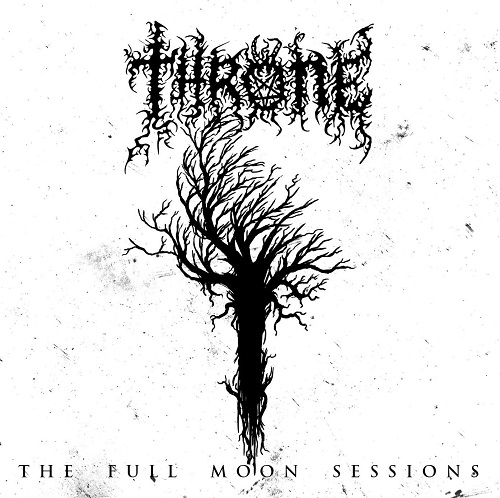 Dutch underground goblins Throne actually have quite a bit going on with their latest release. At first glance I thought this would be run-of-the-mill black metal filth like so many that been cranking out since the mid-nineties. What I got instead was a raw, doom-laden offering that, while still being definitively blackened and bleak, calls back to Black Sabbath’s grey, rainy, and hopeless early works.

Then, of course, I actually looked at the line-up of the band and realize the pedigree these guys have. With core members that have done time in the incredible Asphyx, and all of this material actually coming from around 1995, when the influence of Norway’s infamous BM scene was reaching critical mass, there’s no wonder that the material contained here is as good as it is. A.J Van Drenth’s vocals are a unique blend of the coldness of then contemporary black metal and more putrid and unhinged grindcore vocal stylings that were coming out of the UK around the same time. The musicianship is otherwise rudimentary, which suits the music just fine and adds to the bleakness of the material.

Full Moon Sessions is definitely worth a look for all of those interested in primitive, doom-laden black metal. Songs like “Bleeding Torment” and “Full Moon Whore” are incredibly raw and violent, but not so over the top as to alienate folks who may have trouble getting their rocks off to more opaque and obscure musics. Recommended.