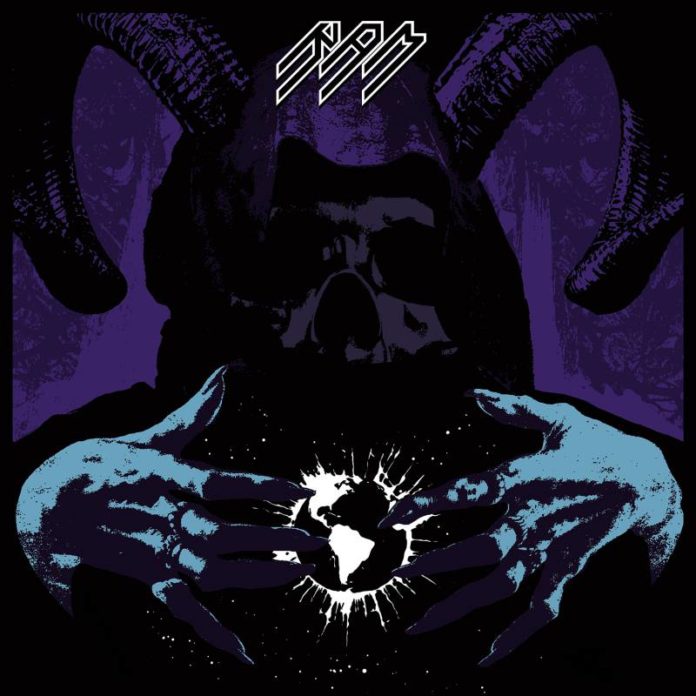 Those who’ve read my my previous work know I am one of the biggest cheerleaders for this whole international New Wave of Traditional Heavy Metal movement. I feel that, by recalling the roots of the genre, these bands are making some of the most unique and exciting material of the modern era. That’s because they’ve taken up one of the key elements that made those golden years in the 80s so exceptional: the thought that there are very few dogmatic musical rules that have to be adhered to steadfastly. You want to play fast? do it; You want to be doomy? do it; You want to make use of some pop hooks? do it. All of these tools are out there and available to you. That’s how, in the roughly decade-long climb of this sub-genre, we’ve seen the rise of such a diverse array of exceptional bands from Skull Fist to In Solitude, Bullet to Amulet, and White Wizzard to RAM.

RAM, one of the elders of this movement, surge forth with speed and fury, coupled with a sense of melody and cohesion that keeps everything on the rails, recalling Mercyful Fate, Iron Maiden and Saxon. Svbversvm retains all of their trademark riffage and gonzo vocal approach, buts dials back slightly from the intensity of their previous record, Death, which at times bordered on thrash. The result sees the band falling in to a groove that recalls the aggression and elegance of Mercyful Fate‘s Don’t Break the Oath with splashes of the militaristic stomp of Accept‘s Russian Roulette.

Oscar Carlquist is a truly unhinged vocalist; his pipes are able to climb to insane heights, descend to commanding lows, and generally suck the listener in. The charm in his delivery is that it is never especially clean, as there’s a constant grit and strain that makes every note compelling in its humanity. He is easily among the most stylistically diverse singers of the movement, and some of the songs, like “The Usurper” and “Holy Death”, show the man in top form.

Of course the main weapons are the riffs, and boy does RAM deliver the goods. The aforementioned “The Usurper” is probably my favourite song of the year, and that’s due in no small part to the majestic, ornate playing of Harry Granroth and Martin Jonsson. From crunching bulldozer riffs to duelling leads to quick-picked tremolo passages, there’s a ton of stuff that these guys pull out of their proverbial bag of tricks, and everything is put to use to maximum effect.

This has been such a great year for this movement, and things are only getting better. Astonishing work has been given to us by everyone from Enforcer to Night Demon, and now we can add RAM to the list of balls-out badassery. Despite the inclusion of a few throw-away bits of non-sense in the track “Terminus,” and the slightly silly gregorian chants on the title track, this album should absolutely be considered buy or die!

IN A NUTSHELL
This is the real shit. RAM have crafted one of the best albums of 2015 and the best album of their career to date.
POSITIVES
A lot of diversity; Oscar Carlquist is so gonzo as a vocalist, you can't help but listen; Some of the best riffs and solos you'll find this year.
NEGATIVES
"Terminus" is absolutely unnecessary; The title track would have been better served with a gang vocal than the weird gregorian chants.
5