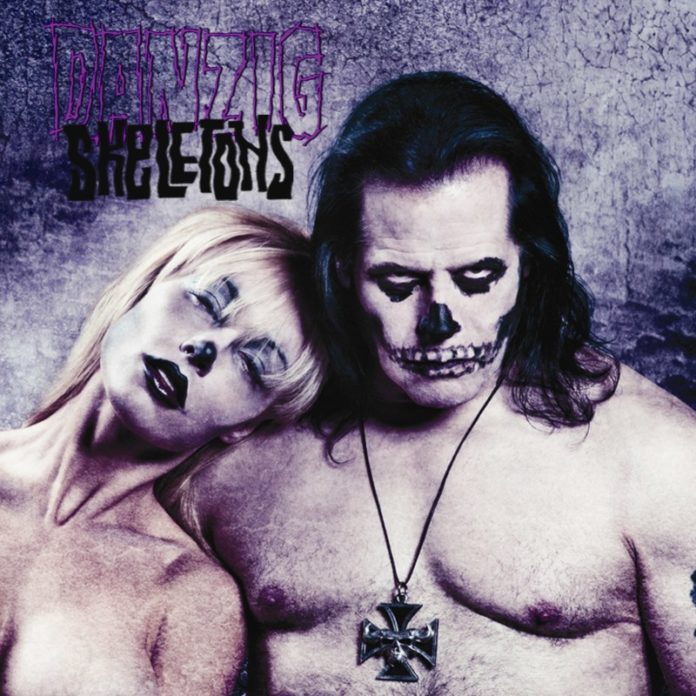 These days, the release of a new Danzig album is kind of comforting, at least to a certain cross-cut of music fans. There’s something reassuring about knowing he’s still out there, doing his thing, in the same way as Lemmy or other icons who’ve soldiered on despite the challenges of ageing and health problems.

In this, his first album since 2010, Danzig goes the cover album route, with his take on tracks from Elvis, Aerosmith, and Black Sabbath, as well y bands less likely to be well-known by modern listeners, like The Litter, The Troggs, and The Everly Brothers. It’s a diverse spread, and even though listeners will get the most out of the songs they already know, the album really seeks to point to the music that shaped Danzig‘s style (the ‘skeletons’ under it all). This will allow his fans to get something out of it even if they’ve somehow managed to avoid previously hearing a single one of these tracks.

Luckily, each of the songs seems to have some of its original flavor largely intact, even after the heavy modifications, instead of just getting a plain ‘Danzig treatment’ (although the opening riff of “Find Somebody” does sound as though it was transplanted from “Juju Bone”, or maybe vice versa). You can hear the swagger and drawl retained in Elvis‘ track, as well as in Black Sabbath‘s “N.I.B.”, which keeps some of the bleary psych tone to the guitar while Danzig shouts out Ozzy‘s lines, and so on. As you might expect from something intended to show Danzig‘s roots, there are recognizable elements of his style in most of the tracks, even if it’s just dirty rock’n’roll instead of full-on angry goth flavor. One cute detail that might slip by without notice is that the cover art is allegedly modeled after that of David Bowie‘s Pin-Ups cover album, though it’s channelled through Danzig‘s old Misfits make-up.

In short, if you’re already into Danzig and his shtick, Skeletons will probably offer at least something for you, but I’m having a hard time imagining it being more than a curiosity to those unacquainted with his previous work. Likewise, I can’t really picture anyone but the most die-hard fans taking the time to dig into the catalogues of these other artists based on these covers, but it is a cool impulse and effort for him to give acknowledgement to their influence.