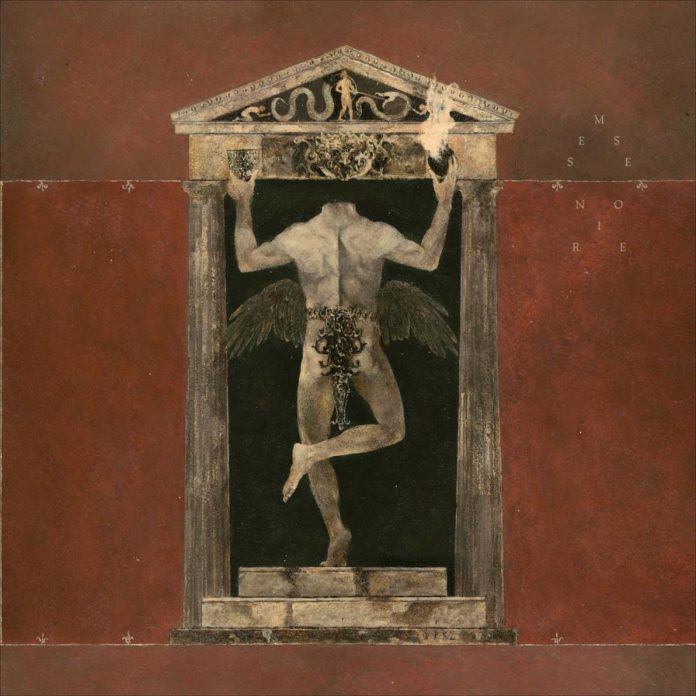 As they rapidly approach the thirty-year mark as a band, Poland’s Behemoth have established themselves as trailblazers in the extreme metal scene. Frontman Adam “Nergal” Darski was only 15 when he founded the band (initially called Baphomet), releasing material that, in those early stages, was pretty straight-forward, traditional black metal. Over the years the band shifted to a blackened death metal sound, experiencing lineup changes along the way, and have survived religious controversies as well as the leukemia that affected Darski. 2014’s The Satanist, was written after Nergal’s recovery, and, as a result, felt like a deeply personal album, and was hailed by many critics and fans alike as one of the band’s finest moments. 2018 sees Behemoth unleashing a new live assault in the form of Messe Noire, a live recording of The Satanist, captured in 2016 at a show in Warsaw, Poland.

A quick scan of the Messe Noire track list will reveal that this disc is literally the live version of The Satanist, played from start to finish. If you’ve heard that album, you pretty much know what to expect, though it’s interesting to note that Behemoth managed to capture that brooding, dark atmosphere prevalent on the studio release. The death metal influences really come through on tracks like “Ora Pro Nobis Lucifer” and “Ben Sahar,” with the latter being a slightly slower number that incorporates the Middle Eastern musical influences so prevalent in the band’s songwriting. The final track, “O Father O Satan O Sun!” is a particular high point on Messe Noire, showing how much of a great album closer it truly is, and leaves the crowd cheering and chanting for more.

Behemoth’s ability to recapture the atmosphere of The Satanist in a live setting is truly awe-inspiring; every tone, every sound clip, every acoustic interlude is recreated flawlessly in this set. Were it not for the reverb that you get in every live recording, as well as the crowd reactions, I would almost think Behemoth just went into the studio and recorded a live take of The Satanist in one sitting. It’s a testament to the strength of the band’s songwriting and excellent chemistry that this material is executed with such precision. There have been many live releases over the years that have disappointed me, with rearranged versions of my favorite songs, or production issues making it difficult to hear some of the instruments. Messe Noire is about as professional sounding as it gets, with clean production that allows the listener to hear all the subtle nuances of each track, without sacrificing the intimacy of a live concert. There’s just enough reverb in the mix to let you know that, yes, this IS indeed a live recording, but you won’t have to strain your ears to hear everything that is going on, and believe me, there is a lot going on.

Messe Noire is available in multiple formats, with a double vinyl version that features the full-length concert (including tracks played after the material from The Satanist), as well DVD/Blu-Ray/CD combos. The DVD/Blu-Ray releases feature the full Warsaw performance, as well as another full-length concert recorded at Brutal Assault 2016, and the complete collection of official music videos made for The Satanist. If you’re a fan of Behemoth, this is an absolute treasure trove, and provides a great way to re-explore a solid album from one of extreme metal’s premiere acts. Messe Noire is an impressive feat by any standards, and, in my opinion, will go down as a live masterpiece.

Behemoth - Messe Noire
Phenomenal live recording of Behemoth's "The Satanist" in its entirety
Reader Rating2 Votes
Everything from The Satanist studio album is flawlessly captured in a live setting
The material sounds a little heavier live
Solid transitions between tracks/instrumental passages
If you don't like live records, this is one of those
5