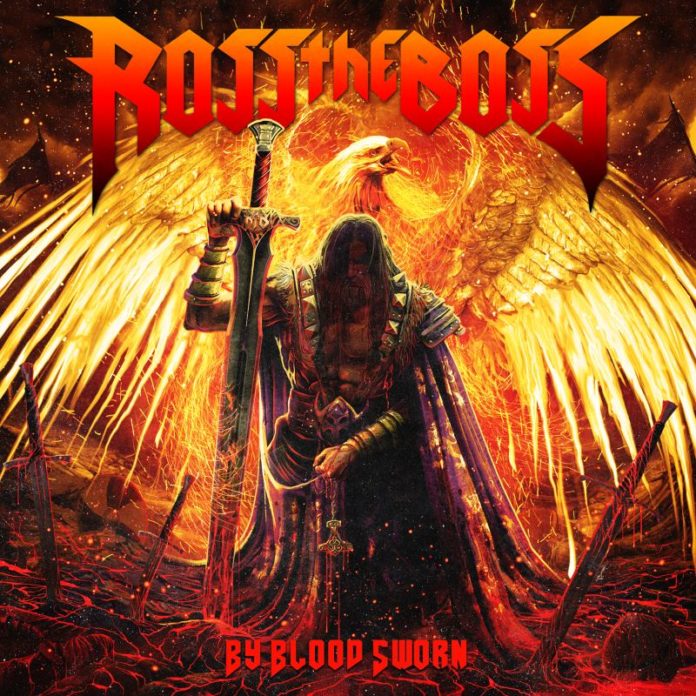 Hailing right out of a culture of Dio adoration, Ross the Boss‘ new album features all the wails, falsetto, and retro heavy metal that such a thing implies, with some throwback emphasis on solid guitar solos helping to nail down the atmosphere and execution. Of course, with that emulation comes a lyrical emphasis on flashy imagery over depth, but at least they’re showing fidelity to the originals in following that path. Aside from the cover art looking like the painter was fully paid, it’s a remarkably faithful retreading of early ’80s metal, with little hints of thrash and death metal’s oncoming waves peeking up in the drum-work and some of the harder riffs.

While they don’t go as deep into the excess of it all as, say, Manowar (which Ross Friedman, the band’s guitarist and namesake, co-founded and with whom he spent nearly all of the ’80s playing), they do hit pretty much all the bases, from the overwrought power ballad (“Faith of the Fallen”) to bouts of Mustaine-y growling (most noticeable in “Devil’s Day”). About the only thing this album lacks is a ham-handed ode to sex from a teenager’s perspective. And as much focus as might be expected to be placed on the guitar, which certainly does lead practically every track, the rest of the instruments get a nice balance of focus, rounding the songs out into something with more body to it than just a shredding showcase. The drums rollick and throw down with snappy fills thrown in for good measure, the bass plugs hard and gets in a few good burst licks, and the vocals… well, they fit their role in the style of the music, rising up to the forced alto peaking gamely, though the growls are clearly a more comfortable fit.

Meanwhile, the guitar-work goes all over the place, with the aforementioned ballad getting the electric swapped out for acoustic, and switches from steady rhythm to melodic augmentation to full-on noodling all rejoicing in the over-the-top energy without seeming like a parody. And that’s perhaps the most notable aspect of it, how straight-faced the band keeps things, with no hint of Tenacious D-ish smirking and distancing of themselves from the ’80s heavy metal and all the cheese that comes with it. Running off of whatever fuel they might have running through their systems, they’re just here to put together a shockingly accurate recreation of that music and its attitude, without getting hung up on its relevance in a modern context.

If that’s your thing, then this album will serve your needs well. If you’re unfamiliar with it, or the influences shaping the retro metal resurgence of the past decade, then it’s not a bad place to jump in and get acquainted. It’s fun without pandering, excited without being too giddy, and (thanks to having at least one member who was actually playing metal in the ’80s) it has enough of an authentic soul to it to feel like something other than a copy of a copy of a… you get the idea. It’s metal as it once was, and it doesn’t pretend to be anything else.

THE BOTTOM LINE
'80s metal homaging done earnestly and well.
Reader Rating2 Votes
POSITIVES
Good balance of the musicians
Strong energy
Faithfulness to the influences
NEGATIVES
The vocals get more than a little tiresome
The lyrics are shallow
Variations in tempo from song to song are so rare that much of it ends up blurring together
4