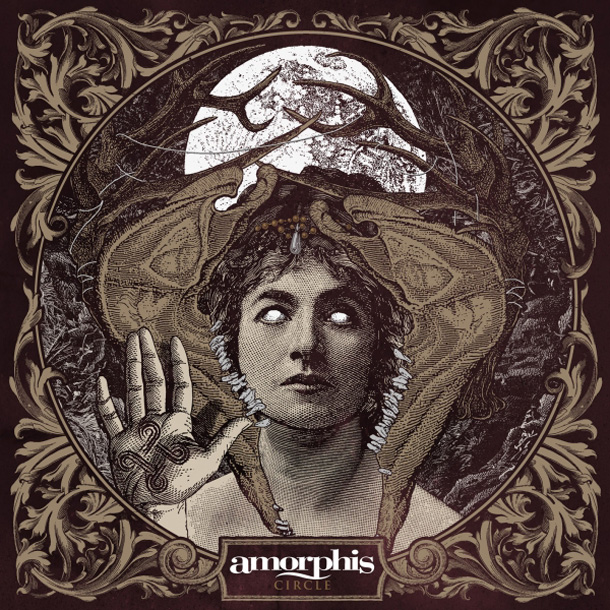 As a longstanding fan Amorphis, it has always striked me as a shame that they have never made it into the mainstream when, in my opinion, there are very few more deserving of global admiration. With this album, the band hits back with a slightly more ballsy record, but without losing any of the subtleties and underlying folk elements that have always set them apart from the hundreds of other bands that never really managed to do anything original or interesting. Every track on this album is pretty damn great, from the catchy and bouncy “Narrowpath” to the heavier and more traditionally ‘metal’ “Shades of Gray”. Hell, I can honestly say that even after numerous listens, I am yet to get bored of any part of this album.

The production is utterly flawless, as you’d expect from a record produced by master wizard Peter Tagtgren (Pain, Hypocrisy). Guitarist Esa Holopainen was quoted as saying he was especially pleased with being able to ”really hear the guitars and the bottom end bass”; being tone masters as they are, with the usual perfectly smooth rhythm sound and beautiful clean tones doused in multiple effects, I can only concur with Esa, as the guitar tones on this album, particularly on the lead melodies, allow the band to have all the instruments amass into a ‘whole’ entity which is practically impossible to pick apart. This is huge positive for me, as it’s wonderful to be able to hear something as a whole product that perfectly meshes together as opposed to merely a collection of individuals playing entirely separate parts from each other. This is truly a sign of mature musicianship.

The only negative point that I notice about this album is that it’s almost too consistent. It’s a shame not to have the stand out singles like Eclipse’s “House of Sleep” or Skyforger’s “Silver Bride”. I’m not sure why they chose to release Hopeless Days as the taster for this album as, in my humble opinion, it is one of the weaker tracks on the album. Perhaps it’s the most easily palatable, but when I first heard it before getting hold of the full album I was left with a feeling of ‘God I hope the rest is better than this’. An while there is nothing wrong with this track (or any other track for that matter) I would have picked the “Shades Of Gray” as the single, as I think the huge chorus and classic Amorphis almost-Egyptian-sounding melodies better represents the true strength of the rest of the album.

Amorphis are definitely an acquired taste, especially among the more hardened metal heads, so if you’ve heard them before and didn’t like them you probably won’t like this either. BUT, if you have ever been even remotely appreciative of Amorphis since Tomi Joutsen joined as vocalist, then I can pretty much guarantee that you’re going to adore this record. It has all the trippy folk, big chorus parts (beautifully sang I might add) and intermittent heaviness that they’ve always performed so effortlessly. It is released via Nuclear Blast on 19.04.13, so make sure you can get yourself to the record store on that day and pick it up. No disappointment to be expected here.