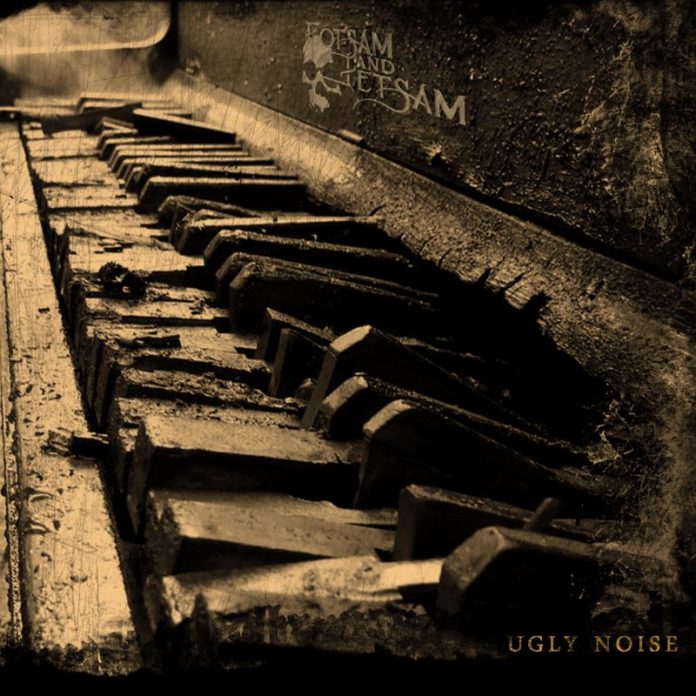 In the lead up to this review, I had heard some rumblings about this, the latest offering from Phoenix, Arizona’s Flotsam and Jetsam. Most people who’d heard it had been underwhelmed by the album, and continued their longing for a return to the days of Doomsday for the Deceiver and No Place for Discgrace: Balls-out Thrash album with an identity all their own ((You really can’t start a review of a Flotsam album without talking about their first two records… It’s like one of the laws of physics at this point.)). Many of those people disregard later-era Flotsam albums as pale imitations unworthy of their great name.

To me, Flotsam is a band that has never tried to rehash their past works. They’ve just done what they’ve wanted to do. Sometimes it’s successful and sometimes… not so much. Overall, Ugly Noise has one foot on both sides of the line.

Ugly Noise is a very melancholic album that showcases Eric A.K.’s work on the mic. He’s really the only notable individual performance on the record, the rest of the assembled musicians ((The band consists of predominantly of original line-up members, along with Jason Ward, who has played bass in the band since 1991)) just chug along doing solid and serviceable things on their respective instruments.

More a Thrash album in spirit than in execution, the album is very melancholic and plodding. Sometimes, like on the slow-burning “Run and Hide”, that plod and melancholia can create very interesting, potent music. In fact, it’s at the times when the band does pick up the pace that things fall off the rails a little. “Motherfuckery” is one of those songs, its synthesizer touches and grooving, percussive thrust clashing in such a way that is unpleasant to say the least.

Among the first Metal albums to be funded to the burgeoning Kickstarter website, the sound quality of the record has not suffered much due to its ‘direct from the fans’ budget. It’s not a particular outstanding album in that regard, but the production fits the tone of the songs and sits exactly where it should, making sure everyone in the band is heard. It’s a success for Kickstarter and one that might convince other acts to take the same approach to recording their works.

So on the whole, this is a pretty average record, split down the middle between very good, very interesting sections and uninspired, unsatisfying ones as well. Looking for a few interesting tunes? You could definitely do worse. Looking for some Moshable Thrash Mayhem? Greener pastures may be elsewhere.