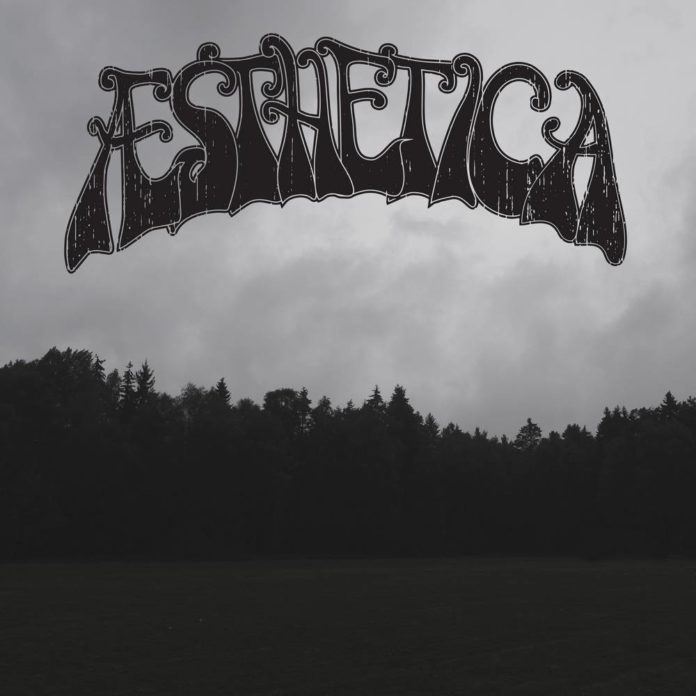 Doom metal (like most forms of metal) has had a lot of changes to the formula over the years, resulting in a lot of sub-genres with unique twists on the sound. Candlemass, Bongzilla, and Witchcraft are all considered doom, for instance, but sound very different from each other. Bands that are willing to bend the rules, push boundaries, and experiment with new sounds are what keeps the doom metal genre thriving. Kolbotn, Norway’s Aesthetica are one such band, as can be heard on Sonorous Aeon, the band’s debut full-length record.

Aesthetica play a super-fuzzed out form of psychedelic doom that incorporates sounds from just about every sub-genre of doom there is. Each track on Sonorous Aeon serves as an homage to all things doom, with opening track “Haze” sounding like an unholy concoction made of equal parts Cathedral and Electric Wizard. There’s a bluesy tinge to much of the guitar work throughout the record, giving many of the riffs a classic Black Sabbath feel, albeit with a slightly more melancholy edge. The two longest tracks, “La Paz” and “Ekstasis,” are notable for having the widest range of sounds, with post-punk influenced jangly guitar bits, a gothic atmosphere that would seem right at home on an early My Dying Bride record, and a build-up into Sleep-esque heavy riffing. “Ekstasis,” in particular, has some truly emotionally riveting moments, starting at the mid-way point, where the band goes into post-rock territory, channeling Godspeed You! Black Emperor at their most apocalyptic.

Attempting to push boundaries in a genre of music is something that I will always commend, and Aesthetica do their best to try different things on Sonorous Aeon, and I applaud them for it. That being said, some of the transitions into different sounds are a little messy, as can be heard on the tracks “Gates” and “Worshipper.” “Gates” is a hypnotic, mostly guitar-driven track that isn’t exactly heavy in terms of riffs, but definitely creates a dense, almost claustrophobic atmosphere. The distortion never really gets quite as fuzzy sounding as the rest of the album, making the contrast between it and the next track, “Worshipper” pretty jarring. The mood, the tone, the overall vibe put out on these two tracks makes it sound like two completely different bands. While the musicianship is excellent, the incongruity between tones gives the album a stitched-together feeling, which is unfortunate, because Aesthetica are certainly gifted songwriters. The only other point of contention I have with Sonorous Aeon are the vocals; while they work well most of the time, they seem to be a bit off-key, with “Haze” being a notable example. The vocals come off as a less nasally Jus Oborn (frontman of Electric Wizard), who has a suitably gothic wail, but aren’t always as tuneful. Still, there are only bits and pieces where it’s noticeable, since the rest of the band manage to build a pretty dark atmosphere that takes up most of the listener’s attention.

If you’re into doom metal in its various forms, and are looking for a new band to add to your playlist, Aesthetica are certainly worth checking out. Having garnered the praise of Fenriz from Darkthrone, I’d dare say Aesthetica have a bright future ahead of them. Sonorous Aeon isn’t a perfect record, but there are some moments of absolute musical brilliance, and show a lot of promise.

Aesthetica - Sonorous Aeon
Decent release from a new band in the doom genre. With this album, Aesthetica show a lot of promise.
Reader Rating1 Vote
Great songwriting
Lot of different sounds, meaning there's a little something for everyone
Transitions between sounds are a little bumpy at times
Vocals can be a little out of tune on occasion
4