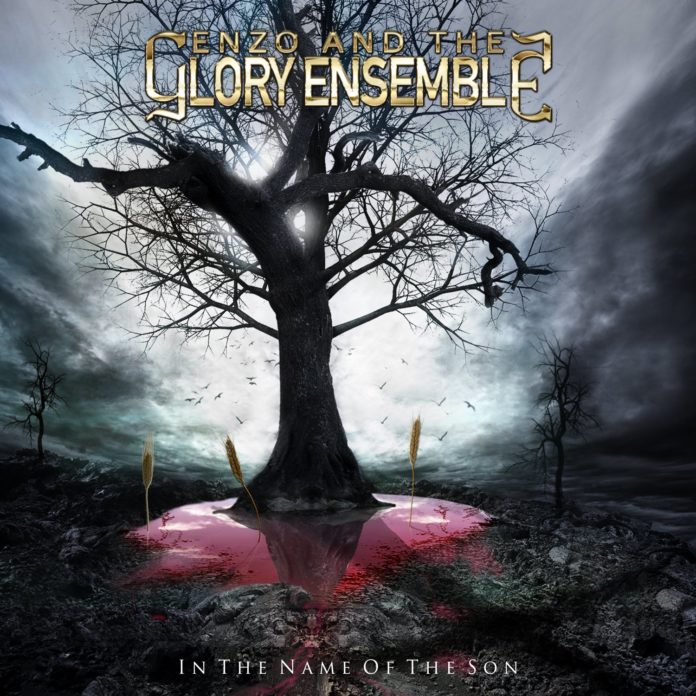 Religion has always been a complex topic for heavy metal. It’s not, of course, that religion has been ignored by the genre, but instead that the way in which it is covered is often from a negative standpoint. While we can easily name countless “pagan” and “satanic” bands, most of us would be hard pressed to name any bands who have made positive references to monotheistic religions in general, or Christianity in particular. Although bands like Stryper and Narnia have attempted to preach via their music, their success in doing so has been questionable to say the least.

It is in this landscape, within the constraints of a genre that is not known to welcome Christianity, that Enzo Donnarumma decided to create what he himself has labeled a “gospel” metal opera. Released under the not-too-subtle moniker of Enzo and the Glory Ensemble, In the Name of Son is an ambitious and bombastic release that, with the help of renowned musicians, manages to defy expectations and to deliver a surprisingly competent effort, despite the obvious challenges.

Staying close to the neoclassical in the instrumentation (unsurprisingly, considering that Marty Friedman plays a major role in the album), and following some of the conventions established in classic rock musicals (like Jesus Christ Superstar, which Enzo himself directed in the past), In the Name of the Son makes no apologies for its grandiosity nor, to be honest, for its occasional derivativeness. At times the album, despite the unquestionable quality of the performers, feels stale, reminding me too much of bands like Edenbridge (e.g the opening of “Te Deum”), or even to Yngwie Malmseen, keeping the album from feeling like it is a fresh piece of work. This is regrettable, since even though the topic is interesting, and I applaud Enzo’s efforts to fulfill his musical and religious ideas like this, it feels like the opportunity to create something truly unique was not really exploited.

Despite this being a story that takes place in the Middle East, Enzo has made an almost completely occidental album in sound, despite some occasional hat-tipping to the Orient. Not only does this feel like a missed opportunity to create something truly unique, but also creates an incongruent sound, with parts of “The Trial” (about Jesus and Pontius Pilate) being more reminiscent of a Blackmore’s Night renaissance extravaganza than of something taking place in the Middle East.

This is all not to say that In the Name of the Son is a bad piece of work. On the contrary, it is a very interesting and often challenging work. Although, despite having listened to it several times, I don’t feel that there are any outstanding individual songs, I think that, just as it often happens with musicals and operas, this is an opus that needs to be taken in as a whole. Whether you’re in it for the Christianity, or just to see how people like Ralf Scheepers, Tobi Farhi and Marty Friedman can come together to create a Christian gospel album, I’m sure that there will be plenty for you to enjoy.

At a time when heavy metal is, when it comes to the subjects it chooses to cover, risking becoming stale, it is definitely interesting to see something like this. It is far from perfect (although better than some of Enzo’s previous works), but definitely something that is worth checking out.

In a nutshell
A competent effort that, although far from perfect, represents a valiant attempt by the performers.
Reader Rating2 Votes
A refreshing new topic for the genre
A great ensemble of performers
An often incongruent sound, considering the setting
The main vocals sometimes feel like they're way below the level of the guest performers
3.5