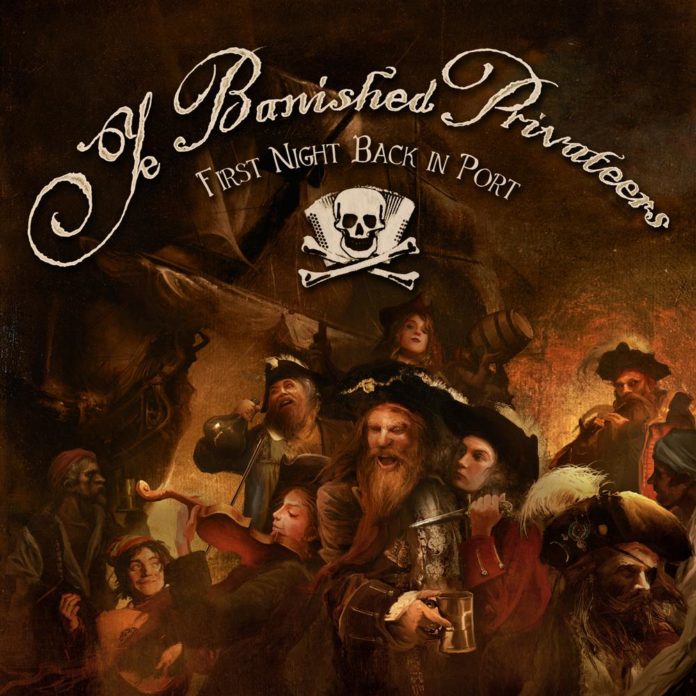 I’m not alone when I say that Ye Banished Privateers are not what I expected. Like many others, seeing the name, the look and the label they’re under made me assume that they’d be little more than an Alestorm clone. I expected fun power metal songs about beer and ships, perhaps with some internet references thrown in for good for measure.

Although I’ll be the first to admit that a folk album isn’t exactly what I had in mind when I played First Night Back in Port, the results were excellent nonetheless. Sure, you can’t exactly mosh to it, but you can definitely raise a glass to some of the drinking songs that make up this pirate manifesto, or simply enjoy the beautifully crafted melodies.

First Night Back in Port is  a very ambitious release by a very ambitious group of people. Over 30 performers, including singers, pianists, banjo players, violinists, and more, come together to tell stories, some happy, some sad, about pirates and the people whose lives they affected. From the touching “Annabel,” opening the album on a sad note, to the fun and chaotic “First Night Back in Port” (the video for which really shows the enormous size and complexity of this band), this album is really worth a shot. It might not break the necks of headbangers, but it will definitely give them something to talk about.

In a nutshell
Although it is not a metal release, it's definitely something you need to check out for yourself.
Reader Rating2 Votes
Positives
Beautifully crafted melodies
Fun drinking songs mixed with touching stories
Negatives
Not exactly a metal release
4.5

Reptilian Death – The Dawn Of Consummation And Emergence