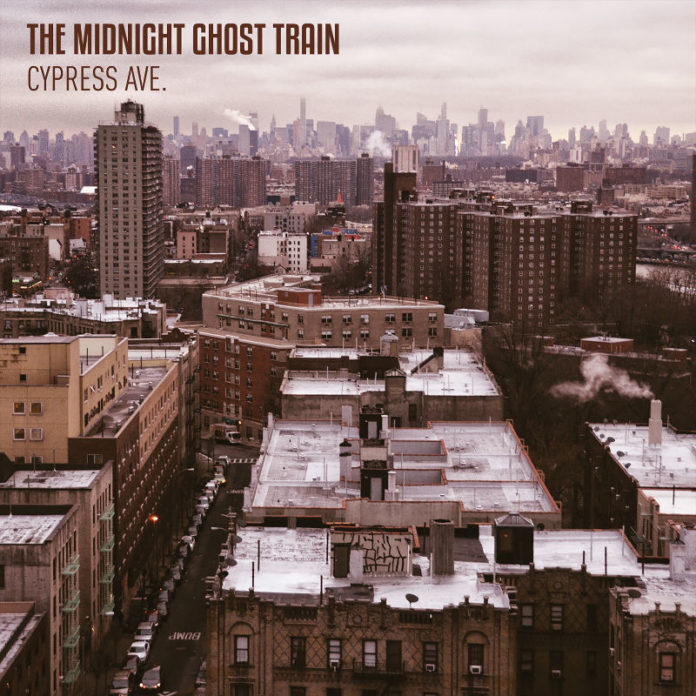 With their latest in a steady stream of albums, The Midnight Ghost Train deliver a set of songs that breaks out of the mold shaping modern heavy rock to indulge in some deceptively dirty blues rock. Admittedly, that’s a thin enough line that many listeners won’t even notice it as a difference, but instead of the usual heavy rock chunkiness that most practitioners have been leaning on for the past decade, TMGT keep their playing nimble and light-handed across guitar and drums (the bass breaks ranks by staying suitably slabby).

Taking this approach throughout the whole album, the band growls and grumbles through the songs with such high intensity for most of the run that the few slow-down breathers feel both earned and necessary to keep the album from burning itself or the listener out too soon. Moments like the intros of “Break My Love” or “Black Wave” pare things down to a clear (but not clean) amble, and the style range covered by the production (and quite effectively, at that) makes these twists slide into place without a hitch. The transition into hip-hop for “The Boogie Down” isn’t quite as smooth in its integration, but it’s certainly better than most similar bands could manage, so props to them for attempting it and making something not half bad.

Though not without its faults, with perhaps the chief among those being that there’s nothing too memorable on the vocal side, and just a few earworm riffs on the instrumental side, it’s not a bad album by any means. The band has done a respectable job of keeping up its quality for a group that turns out another album every year or two, but it’s hard to shake the impression that they just weren’t invested or attached to any of these songs that much. For those who need their listening material to fit in somewhere on the heavy rock spectrum, it should satisfy fairly well, but for the rest of its possible audience, Cypress Ave. just doesn’t bring enough to the table to make for a compelling or even notable experience.

THE BOTTOM LINE
Fairly fun and enthusiastic, with more depth to it than most heavy rock albums, but not enough to move it out of the shallow end.
Reader Rating3 Votes
POSITIVES
Sharp playing of dirty blues rock
Better than most of their peers at giving the songs substance beyond the riffs
Some impressive handling on the instrumental production front
NEGATIVES
Not much to leave an impression on listeners
Vocals regularly end up buried beneath the instrument channels
The collection of songs doesn't give much sense of building towards anything or between each other
3.5