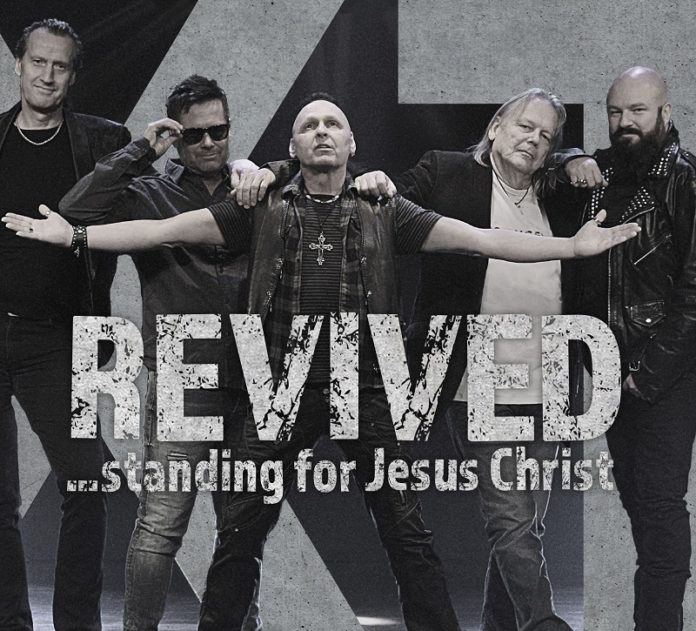 The world of Christian rock and metal is a pretty weird one. It’s a type of music that moves millions and millions of dollars every year, while somehow remaining completely off the radar of most people. Did you know, for example, that in the Netherlands there used to be a massive open air festival for Christian rock that, in its heyday, got up 20,000 attendants? Or what about LifeLight Music Festival in the US, which has an attendance of over a quarter of a million people?

Part of the reason why this type of music goes unnoticed might be the fact that, by and large, it’s made up of woefully unremarkable bands. Considering that rock and roll has always been about rebellion, devout religiosity doesn’t usually make great fodder for rocking tunes. This isn’t to say that there aren’t talented musicians who are Christians; it’s just that the topic of devout Christianity hasn’t had much success as a song topic.

Undeterred by the odds being against them, XT are putting out a new Christian metal album (the 5th in their career), in the hopes of getting a few more recruits for Jesus. Despite their best efforts, however, the result are just underwhelming. Most of the songs are so synth-driven that they almost sound like a parody of the early 90s, as if they were trying to exaggerate how synth-driven everything was. This isn’t helped by the fact that the keyboards actually sound like a free-to-try MIDI track that someone downloaded from the internet.

If the generic music was my only complaint, I guess that things wouldn’t be so bad; however, the vocals that are delivering this gospel rock are so bad that they feel like nails on a chalkboard. The vocal delivery is made even worse by lyrics that often feel awkward, trying to fit entire sentences into shot verses. The result is a high-pitched, off-key delivery of awkwardly-phrased religious tracts that often made me cringe. This might be the reason why, more often than not, the vocals seem muffled in the mix.

Based on what I read about them, it really sounds like the members of XT are strongly engaged in charities, helping kids and, in general, they seem to be nice people. They’re just not very good musicians.

The Bottom Line
If there is a god, I don't think he's gonna wanna take credit for this record.
Reader Rating1 Vote
Some of the songs are good enough to make you tap your foot.
Awkwardly-phrased lyrics
Bad delivery of vocals
Muffled production
2