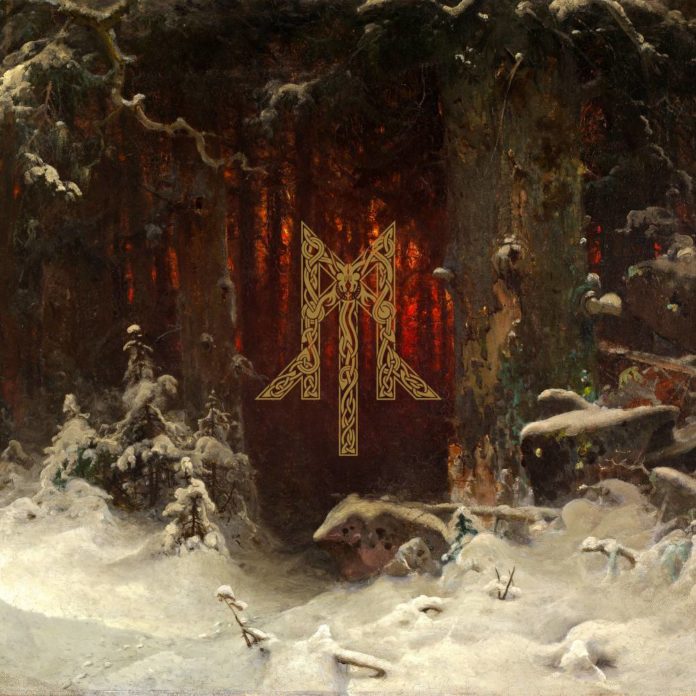 Celebrating musical roots has been a part of heavy metal for quite some time now. Doom metal, for instance, started as an homage to metal pioneers Black Sabbath, while thrash metal bands proudly wore their punk influences on their sleeves. In the early Norwegian black metal scene, artists like Ulver and Burzum took things even further back by embracing pre-Christian paganism, which translated into some rather poignant folk albums that were almost completely devoid of electric instruments (aside from some synthesizer work). Dan Capp (best known for his guitar-work in Manchester, England black metal outfit Winterfylleth) continues this tradition under the moniker Wolcensmen. Having garnered critical acclaim with a self-titled demo and full-length record, Wolcensmen joined Norwegian label Indie Recordings in 2017, with this remixed and remastered version of their debut being their first release under that label.

If you’re unfamiliar with Wolcensmen, I’ll warn you from the start, Songs from the Fyrgen is NOT a metal record. Having said that, if you enjoy pagan folk music similar to The Ways of Yore by Burzum, or Kveldssanger by Ulver, this will be right up your alley. Each track is full of melancholy acoustic guitars, medieval-sounding synthesizers, and vocals that sound almost like a Gregorian chant. “The Fyre-Bough,” for example, is a gorgeous piece of music in particular, and serves as a sample of what the album sounds like as a whole. I’m reminded of Wardruna, since both them and Wolcensmen put a big emphasis on vocals when establishing the melodies for their songs. “Sunne,” for instance, starts off as an acapella piece, with layered vocal tracks giving the song the feel of an ancient chant, and very well could have stood on its own as a purely vocal piece. When the rest of the instruments come in, they’re really just there to complement the melody already laid-down by the vocals.

The mixing and mastering on Songs from the Fyrgen is immaculate, with each instrument and vocal-line given plenty of room to shine. Dan Capp’s excellent vocals serve as the driving force on this record and, accordingly, they are given quite a boost in the mix. The only misstep on the record is the vocal choice on “Hoofes Upon the Shymmeringe Path,” where a couple of the lines are repeated back in an almost call-and-response style after being sung when the drums come in around the 2 minute mark. They distract from the vocal melody a bit, but it only lasts for two lines, which in the grand scheme of things is a very brief miscue, and simply a matter of personal taste.

Wolcensmen serve as an ode to pre-Christian Europe, and often sounds like something you’d hear on an episode of Vikings. There’s an air of sincerity in the way this music is played that keeps it from sounding like some cheesy Renaissance Festival music. It’s almost as if the vocal arrangements and lyrics came directly from traditional songs of old (in fact, the lyrics from “The Mon O’ Micht” DO come from a 13th century poem). If you enjoy dark, pagan folk along the lines of Wardruna, as well as the folk releases from Ulver and Burzum, I would highly recommend picking up a copy of Songs from the Fyrgen. This album manages to capture the imagination, and transport the listener to an ancient time, and I will certainly be keeping an eye out for future releases.

Wolcensmen - Songs from the Fyrgen
Beautiful melodies abound on this masterful pagan folk release
Reader Rating0 Votes
Strong vocal performance that drives most of the melodies
The mixing and mastering is absolutely perfect
Leaves the listener feeling as if they've stepped into another era
This is not a metal album, so if traditional folk music isn't your thing, you might not like this
There are a couple of vocal lines in "Hoofes Upon the Shymmeringe Path" that somewhat distract from the melody
4.5