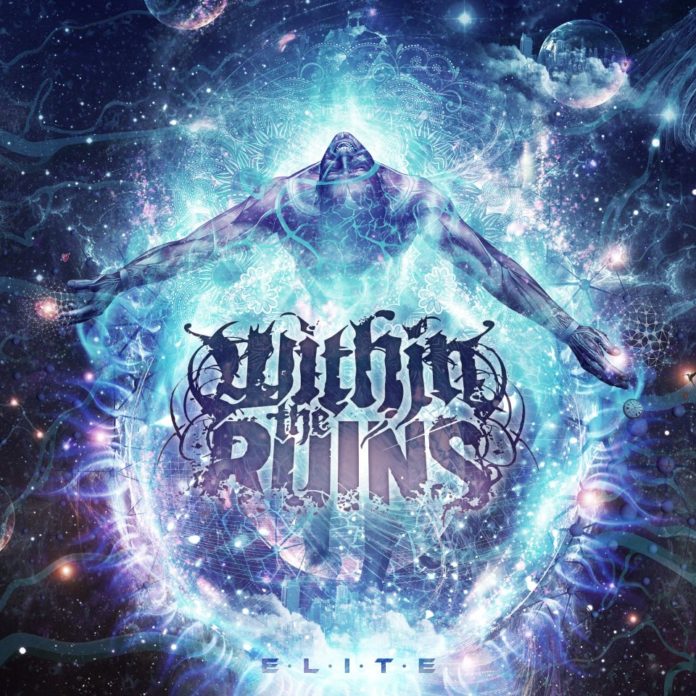 I’ll admit, I’ve never really paid attention to Within The Ruins, but their latest album Elite has probably changed that for the better. I would be lying if I didn’t say I was pleasantly surprised by it. There will be no lengthy intro paragraph to this review, simply because I didn’t know much about this band before Elite. So let’s jump right into things.

Elite is what basically amounts to metalcore with djent and (very) slight black metal influences. *Yawn*  you might be thinking, but you shouldn’t be. Within The Ruin‘s execution on Elite is simply top-notch – they masterfully blend elements of all three genres into one without making it sound overwrought or sloppy. What’s even more impressive is that they do this throughout the whole album, it’s not one of those instances where certain influences come and go as they please. The album as a whole is pretty consistent, with only one or two “meh” songs thrown in. Guitars on Elite are exciting to listen to and technically impressive without being over the top and annoying. This is a good thing, since some bands just don’t know when to fucking stop with what they think is impressive guitar noodling. Within The Ruins shows that they know when to pick and choose their spots to go a bit crazy, and always seem to know when to reel things back in. The one-two punch of “Feeding Frenzy” and “New Holy War” illustrate this point quite nicely; not only are they both great songs but they rapidly switch between straight-ahead riffing and more technical works without breaking a sweat. It all sounds natural and effortless, not forced at all.

The drumming on Elite is good, with a few flashes of brilliance here and there. I wish they were more consistent however; there are a few times where you’ll hear a little sequence or fill that makes you go “woh, that was kind of cool” but for the most part it’s a fairly straight-forward affair. More of those exciting moments would have been nice. Something I don’t often point out in my reviews but I feel like I should here, is that some of the song-writing on Elite is really, really good. I mean, these dudes definitely understand how to write a song that’ll get your attention and keep it. The beginning of “Ataxia II” is fucking awesome, echoing shades of later The Black Dahlia Murder works, and gave me goosebumps. Most of the album is like this, and even the songs that aren’t are only uninteresting at their worst. “Solace” is an example of this – the worst thing you could say about it, is that it’s rather forgettable. In an album where 90 percent of the other songs are pretty damn good, I’m willing to take that. The bad taste doesn’t sit with you for that long either since it’s followed up by two songs that are awesome.

Like I said in the beginning of this review, Elite was good… surprisingly good. I vaguely remember listening to their last offering Omen and being rather unimpressed, but Elite is good enough to make me want to go back and listen to the rest of their albums and EPs. Good job Within The Ruins, I think this will grab you some new fans that maybe wrote you off a little prematurely.