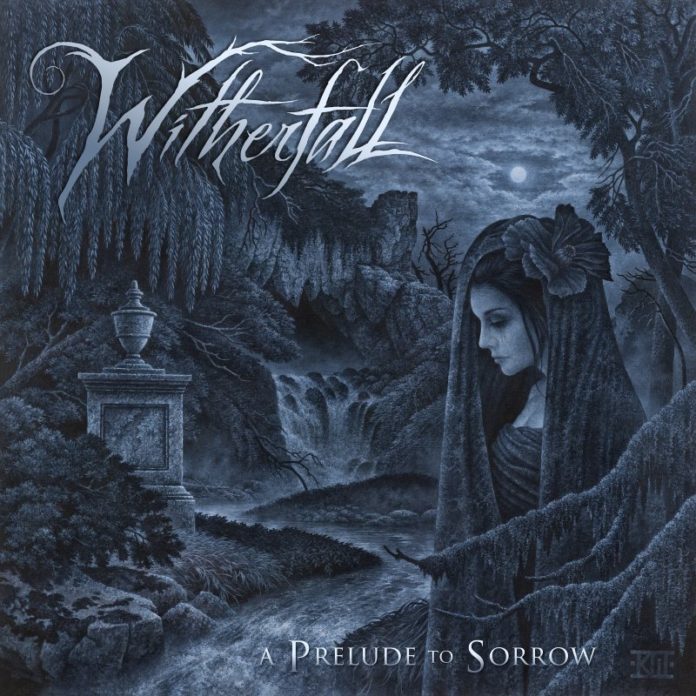 Coming to us from the land of California, the second album from Witherfall is a memorial to their former drummer, Paul Sagan. From the album’s initials (well, the P and S parts) to the lyrical content, the tribute is kept clear, and the sense of melancholy leads to some very expressive material. The meshing of gothic-flavored heavy metal with proggy arrangements and power metal leanings goes to some weird and not entirely successful places, but it’s a respectable batch of experiments in bringing the cocktail of styles together.

Where this release tends to show the most faults is in the band’s tendency to keep everything going all the time, with moments that highlight one or another of the performers coming out sharply in the minority of the run-time. That wouldn’t be so troublesome if the mixing was a little better but, as it is, the bass tends to swamp out the rest, which really doesn’t mesh with the power metal flavor of the vocals and bursts of guitar shredding. And as shown by the sparser arrangements, such as “Maridian’s Visitation” or “Ode to Despair”, the band can pull some very effective atmosphere together, making it all the more frustrating that they don’t exercise that restraint more often.

From one perspective, the inclusion of the trips into speedy riffing is understandable; if you can play like that, you want to show it off. But it so thoroughly robs the attempts at saddened emotionality of their substance that the album seems caught in a perpetual identity crisis, and not in a way which serves the narrative themes. This wouldn’t be as much of an issue if the music worked well when removed from the dedicational context, but the twists and leaps of the songwriting come off more as spasmodic and disjointed than elaborate and genre-bending.

“Ode to Despair” is perhaps the track that brings the various flavors together the best, with the trim mourning gradually levered into escalating guitar noodling, while the pitch of the singing rises to match. At three minutes and change, it’s dwarfed by a trio of ~7-minute pieces, along with a pair of ~11-minute giants, but it’s in those longer pieces where the seams are most visible. In trying to keep things interesting for such long songs, the strain just gets to be too much, and the tortuous turns become grating. In contrast, the cleaner mapping of emotional shifts in “Ode to Despair” let the band follow those shifts in believable and relatable ways.

It’s never fun to be down on something meant to honor a deceased friend, so for this album to seemingly be so intent on throwing its non-working parts directly at the listener’s attention ended up being more trying than a straight-forward expression of loss would have been. At the same time, you can’t really fault the band for wanting to express their respect for their former band-mate by continuing in the same style they’d played with him, and trying to take it to the next level. Though I’m sure this will find its audience, the faults are just too numerous for me to reconcile into a recommendation without a lengthy list of qualifying notes.

THE BOTTOM LINE
An ambitious effort that falls short in execution, but it does show the band working to stretch their abilities.
Reader Rating2 Votes
POSITIVES
Good energy
Moments of effective atmosphere
Strong vocal control
NEGATIVES
The conflicting elements work too hard against each other
The sense of loss is presented too melodramatically to be taken seriously
Despite running just short of an hour long, the band seems to have the impression that they need to cram everything in at once
3