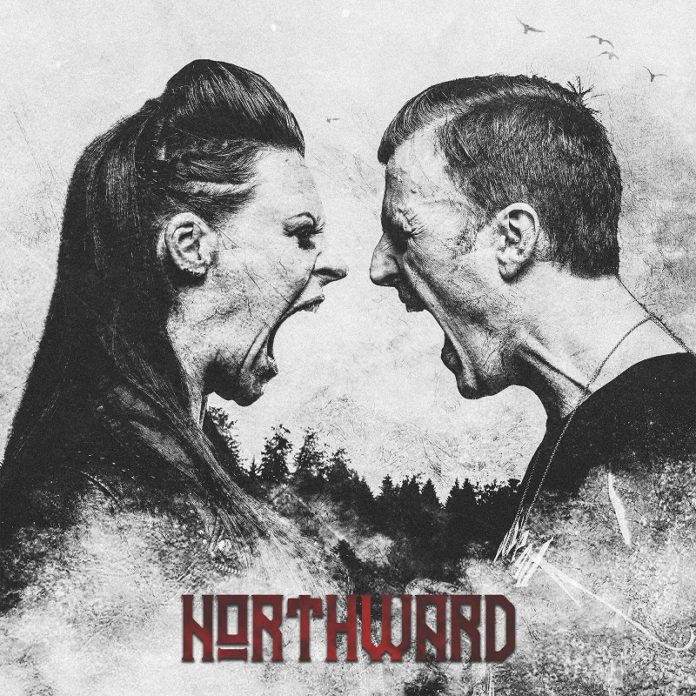 The collaboration between Nightwish‘s Floor Jansen and Pagan’s Mind’s Jørn Viggo Lofstad has been the stuff of legends for a long time. Since their friendship started in 2007 at the ProgPower Festival in the US, both developed an interest in working with each other, but kept finding obstacles along the way. Due to Floor‘s burnout after leaving After Forever, as well as due to each of their own professional commitments, a rock project that they had hoped would be released in 2010 was seen by many as a lost cause. And yet, even though nowadays Floor is busier than ever due to her Nightwish duties, her and Jørn have surprised everyone by finally releasing this long-awaited work.

Despite the styles that both Floor and Jørn have each exemplified in their respective bands, Northward avoids the laziness of sticking to what they’re already famous for, choosing instead to foray into a more classic heavy rock sound. While this might come as a surprise for those who’d rather listen to Floor‘s voice in the same symphonic landscape as After Forever and Nightwish, this new path is one of the best elements of the album. Indeed, it is this stylistic choice that allows us to experience a whole different side to Floor‘s voice, as it adapts to rock anthems like “I Need” or “While Love Died,” neither of which would seem out of place in a Crucified Barbara album.

Jørn‘s abilities to create memorable melodies are evidenced throughout the release, showcasing some of his space-y prog from Pagan’s Mind in songs like “Paragon” (which also features some interesting acoustic portions) as well as some of his softer inclinations in ballads like “Bridle Passion” and “Northwards.” Of course, when a musician explores a full palette of sounds some mistakes are bound to be made, leading to songs like “Big Boy,” a poor attempt at making a sensual-yet-playful track that often crosses the line into downright cringey territory.

Northward‘s debut album (and I sincerely hope that the future holds more of them) serves well as a case study on why musicians need to leave their comfort zones. If they had stuck only with what they’ve been doing so far, we would have been deprived of what, I’m sure, will represent a new stepping stone into even more success in their careers. While the result might not be perfect, it’s definitely enjoyable.

THE BOTTOM LINE
While Northward might not be perfect, it will definitely entertain rock fans, as well as show a whole new side to these talented musicians,
Reader Rating1 Vote
POSITIVES
A new dimension in which to experience these musicians' talents
Catchy rock tunes (particularly "While love died")
NEGATIVES
The cringey "Big Boy"
Some of the ballad portions, particularly "Bridle Passion", are just a little boring, particularly when placed in the context of an otherwise fast-paced record.
4
Buy it on Amazon!