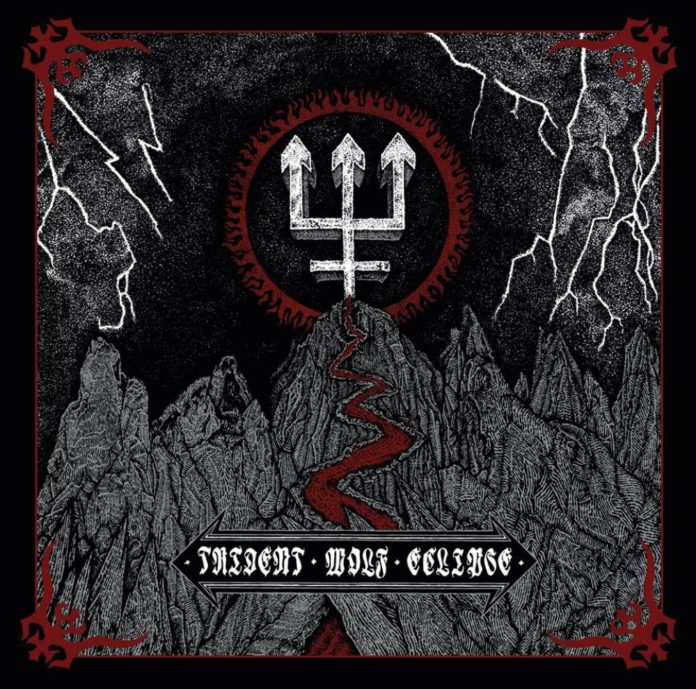 Watain have earned themselves quite a reputation for their uncompromising approach to songwriting and live shows over the last 20 years. With a sound that pays homage to early extreme metal acts like Hellhammer and Bathory, as well as being staunch supporters of the Misanthropic Luciferian Order, it’s no surprise that Watain have often been compared to fellow Swedish outfit Dissection. While earlier albums such as Rabid Death Curse and Casus Luciferi had a raw, old-school sound, Watain’s music has had a notable melodic edge, which became even more prominent in their most recent albums, Lawless Darkness and The Wild Hunt. The Wild Hunt, in particular, took liberties with the black metal formula, even having occasional clean vocals; when you consider how personal the album feels, particularly when hearing front man Erik Danielsson talk about it, the sound makes a lot more sense. The release was a bit divisive in the fan base, with many praising its experimental nature, while others thought the sound might be a little too “mainstream” (whatever the hell that means in the black metal world).

The band’s latest release, Trident Wolf Eclipse, marks a return to the more straight-forward sound of Watain’s earlier releases. If you’re one of the fans that didn’t particularly care for the last couple of records, this will likely be seen as a welcome return to form. At the same time, though there may not be ballads or clean vocals on Trident Wolf Eclipse, Watain aren’t necessarily taking any steps back either. Album opener, “Nuclear Alchemy” is a fast, furious number that oozes malevolence, and manages to walk the line between sonic brutality and sophisticated musicianship, showcasing their ability to play technical riffs without coming off as too showy. “Furor Diabolicus” is another track that is reminiscent of the early Scandinavian black metal scene, though the use of reverb on the vocals and lead guitar work amidst the pristine mixing and mastering is certainly a more polished approach than many of those early releases. The melody found on the band’s previous efforts is still present throughout each track, but done with much more subtlety. “A Throne Below,” for instance, sounds almost like an Emperor track, without the orchestral arrangements or synths; pummeling bass drums and eerie melodies couple with speedy riffs that give way to mid-paced, nightmarish soundscapes. The epic album closer, “Antikrists Mirakel,” is my favorite track on the album, with its plodding, doom-influenced pace and dark atmosphere. The fast-paced, classic black metal sound produced on this album has an air of sincerity to it; rather than sound like a nostalgia trip, Trident Wolf Eclipse sounds purposeful in its return to the band’s roots.

The production on Trident Wolf Eclipse is excellent, with plenty of volume from each member of the band, without drowning any of the others out. There is some reverb present in the mix, giving the tunes an unearthly feel, but the tone manages to avoid getting muddy, despite the blinding speed of the guitars and drums. Watain mix a little bit of the new in with the old on this release, and their growth as songwriters really shines throughout each track. Although I would have liked there to be more push in the direction the band went on previous outings, Trident Wolf Eclipse is still a pretty solid offering that will appease any fans that were turned off by the newer material.

With this new release, Watain continue their victory lap, which should make a welcome addition to any fan of black metal’s collection. The prior two records can almost be seen as the band stepping out of their comfort zones so they can rethink how to approach songwriting, with Trident Wolf Eclipse being the album where they return to their former selves, with a little more wisdom. The band’s trajectory and evolution from album to album has been a very interesting ride, and this new offering is a worthy part of that evolution.

Watain - Trident Wolf Eclipse
Watain return to their roots with a fierce new black metal onslaught
Reader Rating2 Votes
Greta mix of melody and brutality
Solid production
Has an old-school vibe that will certainly please longtime fans
Could have used a little more diversity in sound at times
4.7