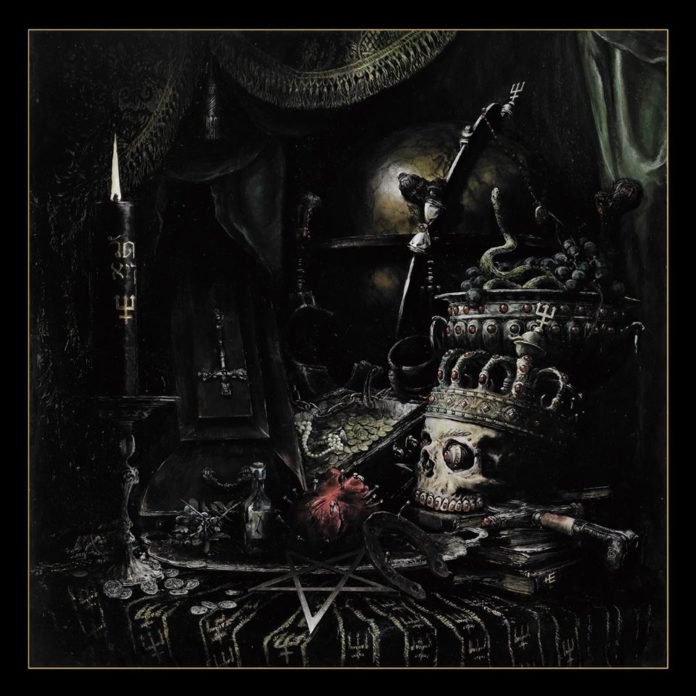 I’ll be the first to say it: I’m not TRVE KVLT. Furthermore, I’m not even sure of what the hell that means, or why anyone would write it like that.

I needed to give you the above disclaimer because “The Wild Hunt” is an album that, I can assure you, will piss people off. Now, I love the album (I just saved you a few paragraphs, in case you want to stop reading right now) but I am well aware of the kind of flak that Watain will get from the TRVE KVLT fans who might feel betrayed… but we’ll get to that later.

Watain are a band that I have followed for a few years now, particularly because I enjoy their melodic approach to black metal (which in this album you can certainly feel in songs like “The Child Must Die”, “All that May Bleed”, “Outlaw” or the instrumental “Ignem Veni Mittere”) together with a production style that makes their music “easier” to listen. I don’t mean this in the sense that Watain are “approachable”, far from it, but rather that they don’t go out of their way to make their music sound underproduced, like some black metal bands have done in the past (Varg Vikernes, for instance, has said that he deliberately used the lowest quality materials in his early Burzum releases, because he really wanted to make them sound like shit).

The melodic emphasis put on The Wild Hunt, and I cannot stress this enough, in no way negates the fact that this is a black metal album. While in terms of sound, tracks like “Sleepless Evil”, with its mad drumming and screeches, are nothing but TRVE KVLT (I still have no idea what the fuck that means) black metal, the undeniable “black” character of this album becomes obvious when we analyze the lyrics. If black metal is to be defined by its message, The Wild Hunt definitely fits there; with lyrics such as “Like the rain to cleanse your paradise / The salt of Satan in the wounds of Christ” in “All that May Bleed”, or “In the belly of Moloch, the child must burn” in “The Child Must Die”, or “Sleepless evil, Satanas, come forth!” in “Sleepless Evil”, Watain have, once again, delivered a true satanic work.

Still,none of the above should be a surprise to anyone; Watain have a history of clean production and melodic black metal, so I’m not saying anything new. So where’s the catch? Why did I say that they would catch some flak with this release?

Well, believe it or not, Watain made a power ballad. No, it’s not a love song. “They Rode On”, the only Watain song with clean vocals in recorded history, is a song about alienation and the feel of being an outsider in society. This is not a song meant to appeal to the “special little snowflake” kids who are bullied in school due to their love for anime and My Little Pony (there’s Papa Roach for that), but rather an introspective journey into the history of the band themselves. As Erik mentioned in our last interview, this is an album that, in terms of themes, mostly focuses on the band itself and everything that they have gone through in their “Wild Hunt”. It doesn’t take a genius to understand why Watain would feel like outsiders, nor to realize what “They Rode On” is all about. ((Though strange lay the waters from which they emerged/ They glanced upon the world as their own / Yet deep in their hearts they knew all the time /That this was not really their home)) Once you’re past the initial shock of encountering this song (reminiscent of “Fade to Black”, as incredible as that may sound) you realize that what you have before you is simply an amazing work. Erik‘s vocals really shine on this performance, particularly when they’re paired with those of Anna Norberg, with whom he had already worked during their collaboration on In Solitude‘s “The World.The Flesh.The Devil.” While adding this type of clean vocals also demonstrates the audacity of Watain, fear not, this is not Ozzy‘s “If I close my eyes forever”.

Although thematically “The Rode On” is definitely a Watain song, the fact that they used clean lyrics in this song about alienation will, ironically, alienate some. For a black metal band to use clean vocals is a big step. While not necessarily a good step, to take this direction is something that they know will piss off some fans. You see, there are fans who want certain bands to only be “theirs”, constantly battling the mere thought of them becoming famous, let alone mainstream; black metal fans are particularly guilty of this, with too many of them taking things way too seriously. Hell, a friend of a friend (and, I assure you, this is true) complained about how he regrets his Watain tattoo now that they “sold out” by using clean vocals! (( The moral of the story is: When it comes to tattoos, stick to dead artists. ))

The Wild Hunt is a great album and a great successor to the critically acclaimed Lawless Darkness. While there will be those that will denounce Watain as sellouts and of “going mainstream”, this is a true black metal release, and you should definitely give it a go.

… Now, if as a result of this album we see a reality show like “The Danielsson’s” or “Watain’s Family Jewels” then, yeah, they fucking sold out.