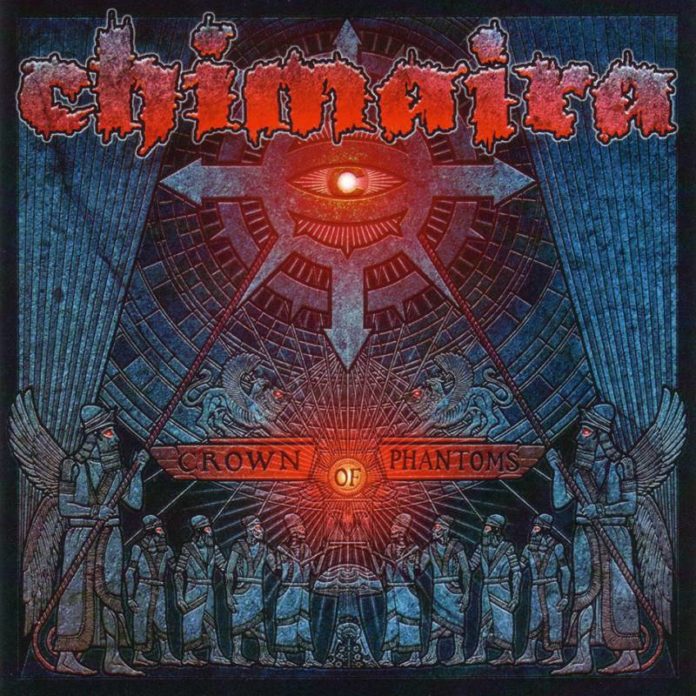 It’s hard to think of a single band that has had more lineup changes over the past few years than Chimaira. Yet, vocalist – and undoubtedly band leader – Mark Hunter keeps on trucking through. 2011’s The Age of Hell was one of Chimaira‘s finer releases, and now Crown Of Phantoms has arrived with a new lineup. Fear not Chimaira fans; this one is even better.

Yes, it might be hard to believe given the bands history the past few years but Crown Of Phantoms is, without a doubt, one of Chimaira‘s best albums. The level of energy and songwriting that’s present on Crown Of Phantoms hasn’t been seen on a record by the band since 2005’s self-titled. The injection of new talent into the band has clearly worked – and the influences that the new members has had is very clearly evident. They are now basically vocalist Mark Hunter (sole remaining original member) and the guitarists from Daath. The reason I say that the influences of the new band members are clearly evident, is because they can easily be heard in the guitars and riffs that are featured on Crown Of Phantoms. Whereas previous Chimaira albums have kept the level of complexity in the guitars down in order to promote “larger than life” style riffs, the songwriting on Crown Of Phantoms promotes guitars that are much more complex. Don’t worry – you’re not suddenly listening to a tech-death album or anything like that, but the guitars are certainly doing way more on this album than any of their previous ones.

Songs like opener “The Machine” will be stuck in your head for fucking days. I swear, I could not get the chorus out of my head at all. The album constantly changes up the pace too, making sure you never get bored of what you’re listening to. “All That’s Left Is Blood”, a mostly straight-ahead affair, drops you off into “I, Despise” – a sort of slow-burn starter – which then leads you into “Plastic Wonderland”: clearly a set-piece on Crown Of Phantoms. It’s this attention to detail that shows why Chimaira is still a band worth checking out whenever they put out a new release. The man behind the drums also does a great job, planting interesting fills and footwork around Crown Of Phantoms nearly all the time. Chimaira has always been blessed with having extremely talented drummers somehow; and Austin D’Amond is absolutely no exception. He puts forward one of the best performances on a Chimaira album to date*.

Songs like “Crown Of Phantoms” and “Kings Of The Shadow World” are bone-crushingly heavy, in a refreshing way. They don’t sound heavy because of they’re production, they sound heavy because that’s how the song was written. That’s doing it the right way – in fact, the production is really the only thing about Crown Of Phantoms I find disappointing. It suffers from the same muddiness that previous album The Age Of Hell suffered from. It’s a relatively minor distraction however, and one that’s easily overlooked when you hear just how catchy most of these songs are.

In the face of all odds, Chimaira has put out one of their best albums to date. It’s got almost everything going for it – they’ve managed to be creative enough, without alienating a portion of their fans like they did on 2009’s The Infection (even though I personally think that album is bad-ass). They’ve introduced a level of complexity never before seen on a Chimaira album. Most importantly, they’ve managed to expertly package it all together to make one killer album. If this is what we have to look forward to from Chimaira‘s new lineup – sign me the fuck up.

*  – Kevin Talley’s performance on their self-titled album is still jaw-dropping, and edges out Austin’s performance on Crown Of Phantoms in my personal opinion. If you’ve never listened to it, you’re doing yourself a disservice.