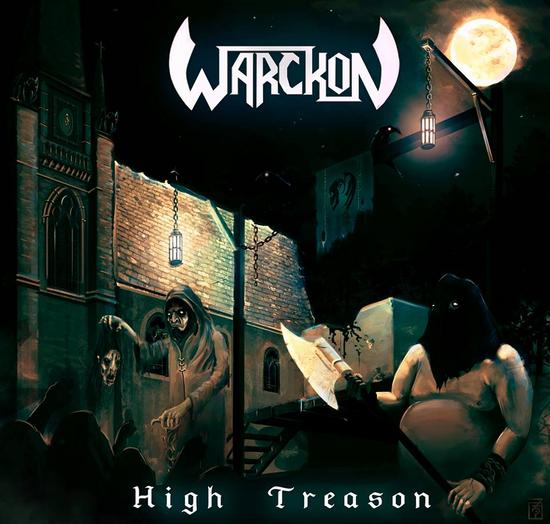 It’s easy to trace the Warckon’s influences back to the classics, all the way to acts like Venom and The Faith. The prevalent nods to early crossover thrash in the songwriting are a great touch, but with enough of a modern edge to keep the band from being tied down by their influences. Take for instance the gang vocals on ‘The Weak’ bursting into a spirited vocal soar that travels along with the mad guitar fills. There’s a whole lot of variety in this record, and you can seriously tell that these guys had a lot of fun writing it. It feels really authentic.

Like their other modern thrash contemporaries, such as Vektor, the band’s striking resemblance to those they revere can be a crutch to their creativity. Regardless, Warckon’s music is simply aimed at being entertaining, genuine and good; it isn’t bogged-down in the conceptual lyricism or over-ambitiousness of their last record, instead going for that ‘fuck yeah!’ quality.

Keep an eye on these dudes, they’re definitely worth watching. Oh, and they look goddamn fantastic live.