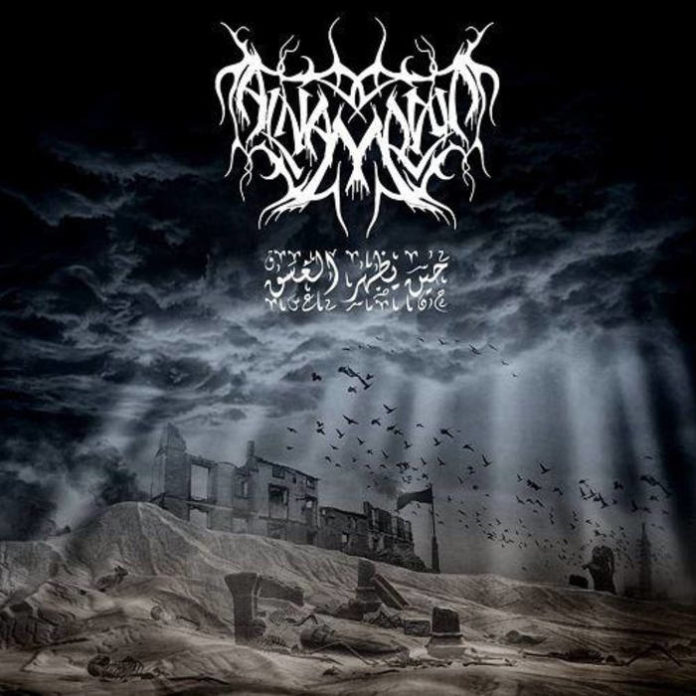 In such a competitive genre, it’s all too common for bands to make audacious statements about their art to make it stand out from the crowd. One of the most familiar tactics, that of ‘coining a new genre’, clicked for Al-Namrood back in 2008, with their reward being a dedicated cult following, drawn to their uniquely-bizarre self-proclaimed label of ‘oriental black metal’. As it often happens when artists attach their music to a hollow label, Al-Namrood have spent years honing their craft in order fully realise their claims; the result of this process is some of the most peculiar metal you’ll ever hear, something that is made clear on their record Heen Yadhar Al Ghasq.

Identifying with a genre like ‘oriental black metal’ can be hard to live up to. While most bands’ attempts at this sort of experimentation would be, “let’s add a few obscure folk instruments over the riffs and call it a day”, that’s not what happened here. While the band does experiment with an assortment of unusual instrumentation (and rather playfully, at that), these affect the songwriting in a much more conscious way, rather than just being an afterthought to add some variety to the songs. An exotic range of pipes, strings and steel drums work in twine with grinding guitars and manic percussion that, although feel distinctly metal, possess a serious avant-garde spin. The tone of the record evokes typical black metal feelings of disorder, corruption, death and evil, but conveyed in a much more fanatical, passionate sense. It’s not a guy in corpsepaint yelling about how much his life sucks, it’s a maniacal town crier preaching the end of the world, something that is really brought to life by vocalist Mukadars, who puts huge amounts of energy and theatrics into his performance; although his skills as a vocalist may not be much, his unique and skittish vocal delivery alone makes the record worth checking. I was honestly expecting him to break into ‘Shimmy Shimmy Ya’ any second!

If you’re bored with traditionalists in Europe, and you think the USBM scene is going nowhere, look over to Saudi Arabia. Those guys are getting somewhere. Much like Peste Noire and Sigh, if you dig unconventional, grotesque, insane, outrageous and captivating black metal, I cannot recommend Al-Namrood enough.