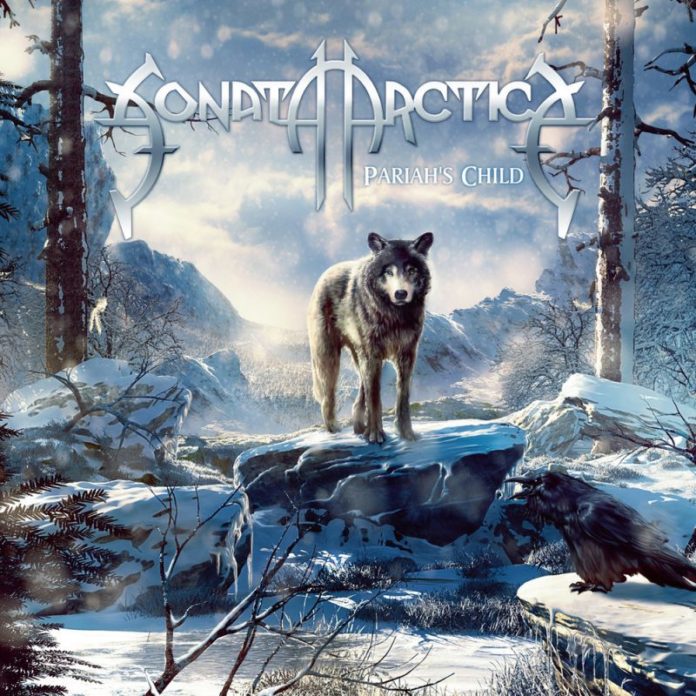 I have a soft spot for Sonata Arctica; they are one of the bands responsible for opening my eyes to German and Scandinavian metal, together with the likes of Nightwish, Tarot and EdGuy. Although gone are the days when I would listen to their discography almost every week, songs like “San Sebastian”, “Weballergy”, “My Selene” and “Of Wolf and Raven” are still on heavy rotation on my iPod.

Being a fan of their power metal material, I was not alone in my hatred towards their 2012 effort Stones Grow Her Name, which made it a point to leave that sound behind. Toni Kakko himself was very explicit on how he didn’t want to do power metal anymore, and that this new (awful) rock sound really represented his artistic vision. How the atrocious song “Sheeeetload of Money”, worthy of a war crimes tribunal of its own, fit within that vision is, of course, anyone’s guess.

With all of this in mind, I was very excited, although skeptical, when I heard that Sonata Arctica had decided to go back into the power metal genre with Pariah’s Child. And while I didn’t want to get my hopes up, the truth is that after listening to “Wolves Die Young”, their first single, I was hopeful

Pariah’s Child is a hard album to assess. While it clearly represents a change in the direction the band was taking, going closer to the power metal elements that made Sonata Arctica famous, it retains some of the pop-rock things that I’ve grown to hate in them.

Pariah’s Child seems like an exercise in “what could have been”. While songs like “Wolves Die Young” and “Running Lights” seems to bring us back to the power metal (lite) days of Unia, showing what Sonata Arctica is supposed to sound like, there are enough radio-hits like “Take One Breath” to bring you back to reality. Sure, there are good tracks here, like “What did You do in the War, Dad?” (a song that reminds us that Toni Kakko is actually a good lyricist), but they are severely weighed down by stuff like “Half a Marathon Man”, a shitty exercise song worthy of occupying the place of Hammerfall’s “Hearts on Fire” as metal’s most awkward foray into sports.

The album is full of interesting (or annoying, take your pick) elements, such as the progressive attempts in “What did You do in the War, Dad?” (which I don’t think worked very well), a piano intro worthy of Who’s The Boss in “Take one Breath”, downright bizarre voiceovers in “Blood”, and the world’s most talented Meat Loaf impersonator in “X Marks the Spot”. All of this without mentioning the aptly titled “Larger Than Life”, a pretentious 9-minute song that would have been great in half the time.

Pariah’s Child is not a bad album, it’s just that it’s not what I want to hear from Sonata Arctica. While some might say that this is just me refusing to allow change in a band I loved, I think that it’s just that I want to see them do what they do best: Kick-ass, ball-breaking, power metal.

Then again, the pop-rock might be making them sheeeetloads of money, so what do I know?