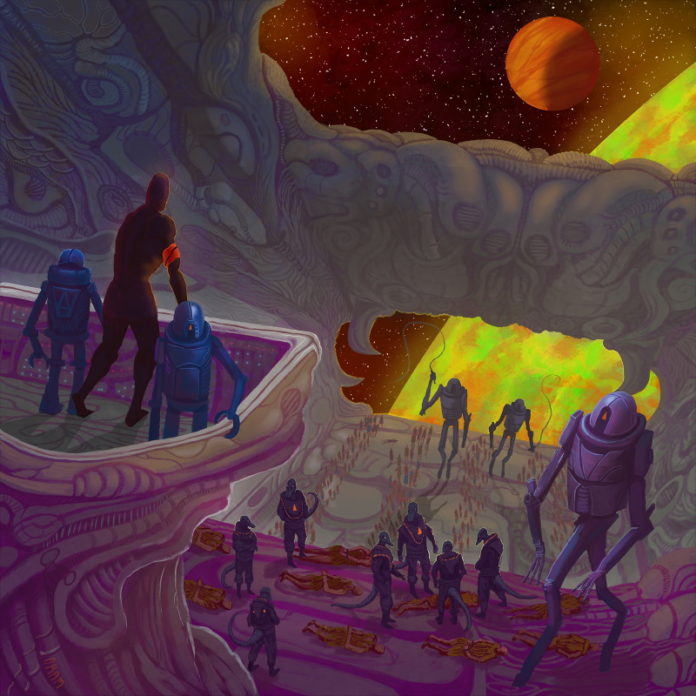 In Planet Loss, the debut of Wallowing, they show themselves to be quite capable in the ways of UK sludge, by means of six conceptually-linked songs. Here the band meshes the brutal angularity and hard slams of the style with an infusion of some fuzz and feedback of the kind that always seems popular in the North American strains of sludge.

The album opens with “Prologue”, a two-minute ignition that sounds a bit like there’s a rocket taking off in the distance. Indecipherable mutterings over a microphone overlay the introductory bedlam, and with the skittering up of a rising feedback loop (and a howl of vocals), the band kicks right into the follow-up, “Earthless”. The launching of a staunch riff is met with more howling, and from there on, the song is a twisting thing alternating between deep bass stridency and angry dissolution, expressed through solid manipulations of sustain and granularity. “Phosgene” follows from there, picking up into punkier rhythm and tempo handling while maintaining the swampiness of timbre and pitch. While the vocal element may very well be wordless, the intensity and spikiness of its delivery makes it just as vital to the overall work as the strings, filters, and percussion.

“Hail Creation” leads into the album’s second half, with a low growler of a bass riff shuddering along before the higher-register pieces fall into place. Featuring what may be the most persistent melodic work of the album, with creeping strings both tortuous and torturous, I’d imagine that this is the one that will lodge itself in listeners’ memories. Penultimate track “Vessel” takes the tunefulness a step further, moving into something almost bittersweet, with the weight and roughness making it feel like a tattered dirge tucked in at the end of the album’s main body, and pulling out an emotional vulnerability that’s downright transfixing. “Epilogue” comes along after that to provide a mate to the opening book-end, with more obscured microphone communications and a somber sink into clearer drone tones, before the final drop off into silence.

There’s a lot going for Wallowing on this release, and comparisons to similarly talented recent upstarts in the sludge realm, like Body Void, Lifeless Gaze, and Cult of Occult, seem rather inevitable due to the raw emotion, impressive combinations of permeating harshness with purposeful emergences of melodiousness, and an understated but evident care for the overall path through the experience of the album. And, by keeping it to just a hair over half an hour, the band has ensured that the strike of their venom-dripping arrangements is undulled by overindulgence. Well worth investigating for sludge fans who’ve been feeling let down by what yesterday’s legends have been putting out in recent years. 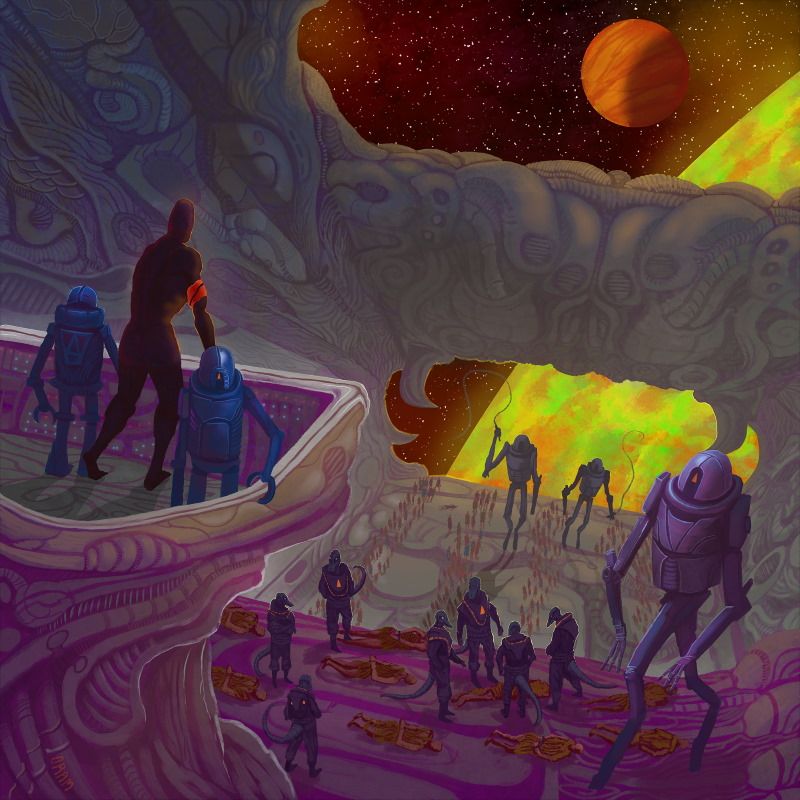 THE BOTTOM LINE
A thoroughly impressive debut, with plenty of substance backing up the band's fondness for guitar squeals and other harsh noises
Reader Rating2 Votes
POSITIVES
Strong song-writing lurking under the noise
Compelling momentum and force
A sense of honesty behind the anger
NEGATIVES
Almost feels like more of a prelude to their next work than a full album in its own right, but there's still plenty to savor and gnash along to on this release
4.5