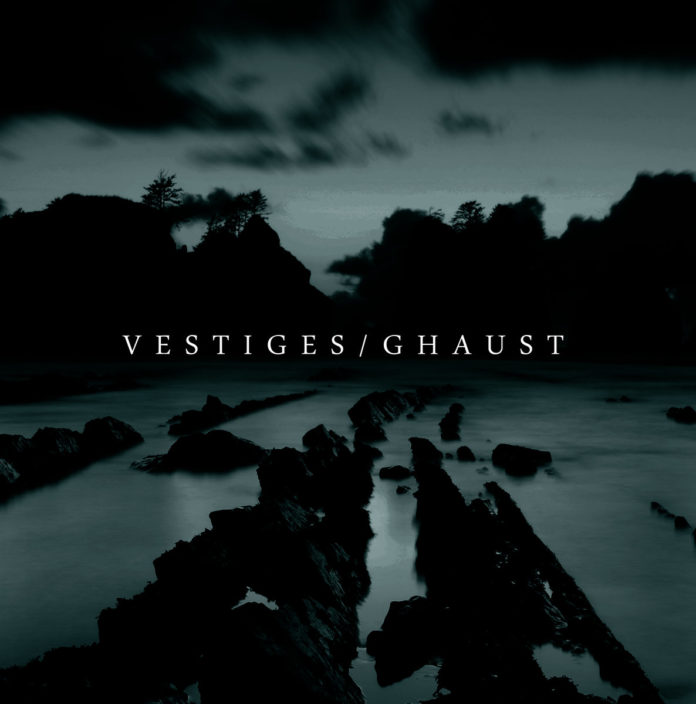 Virginia’s Vestiges came to my attention on the recommendation of a friend when their debut album, The Descent of Man, dropped in October 2010. Their mix of black metal, crust and D-beat proved to be effective-dark and dour, the album captures the sound of a void like no other. Near the end of 2011 they released a split with Indonesian instru-metal duo Ghaust that would become my favorite split of the year. Vestiges kick off side A with the epic “VI”, an atmospheric, 10-minute opus that takes listeners on a ride across several tempos, vocal styles and genres. The song alternately trudges, blasts and finally comes crashing down in a dramatic crescendo of colliding chords. It captures Vestiges’ sound in an extended nutshell, opening a window into their grim and black realm.

Flip the record, though, and you’ll find Ghaust, the unsung heroes of the split. Splashy and reverby, their sound is incredibly filled out considering the band is only a two-piece. Their music is aggressively percussive, as demonstrated by the first track, “Amongst The Ashes”, which opens with the guitar strumming a bell-like clean progression in front of the crashing of cymbals before breaking down into an increasingly frenetic rhythm featuring one of the best snare sounds I’ve ever heard. The music is dramatic and powerful; like the best post-rock/metal, it takes you places. The serpentine opening riff to “Sleep And Release” is a perfect example, effectively rounding out a true beast of a split.

The bands have made the split available for free download here.