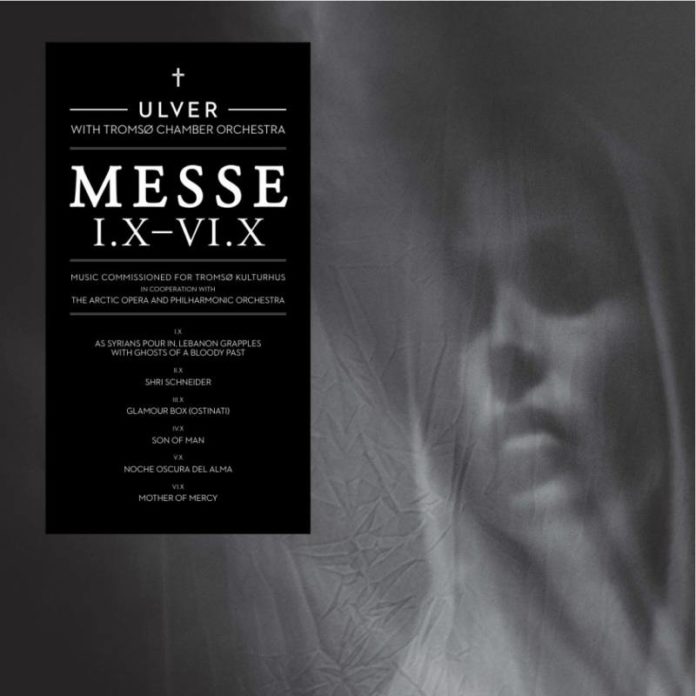 We all know that Ulver have been many different things throughout their long career; from Black Metal to Folk Music to this. I’m not quite sure how I’d label this newest record from the heavyweight veterans; as much as I hate ridiculously long genre labels, I’d probably have to go with Neo-post-classical-instrumental-rock or something equally as ridiculous. There is just SO much to this record that, while maintaining a constant atmosphere, if you were to just drop somebody who had never listened to it at two different points, they would probably swear that they were not just from a different album but from an entirely different band. Considering just how many times Ulver have completely changed their sound and style, I’ve tried to keep an entirely objective viewpoint when listening to this; I’m listening to it as if I’d never heard of the band or any of their albums. I’d suggest doing the same for maximum effect.

Messe I.X-VI.X is unlike anything I’ve ever experienced; it’s a very original album, performed in cooperation with the Arctic Opera and Philharmonic Orchestra and the Tromsø Chamber Orchestra. That right there will tell you pretty much all you need to know. The whole album has a very post-rock feel to it, just with a stripped down sound. There is very little grandiosity, save for a few crescendos, considering the numerous different musicians and instruments they’ve used to craft the sound. It’s almost like a soundtrack to a paranoid nightmare. Not the sort of nightmare that is blatantly horrible, but one where everything is black and white and you just know that something terrible is going to happen, but it never does. The music of Messe I.X-VI.X manages to perfectly keep you on that lip of suspense without pushing you to your impending doom. It gets you really, REALLY close though and that is exactly what is so mind-blowing about it.

There are so many minor layers in the music; small amounts of electronics and, occasionally, even some more eastern sounding instruments that really help to diversify each track. There are sections of purely classical music moving through downtempo, melancholic mid sections and even some minimal talking/singing all of which is very much quite creepy. Somehow all of these completely different elements coalesce into a whole entity which is a real force to be reckoned with.

I’m not entirely sure why we are reviewing this album as there is no sign of metal any way. We just hope you can keep your mind and your ears open to appreciate this record for what it is. What is it? Fucking awesome is what it is. From start to end this record is a complete journey through your own mind and I have no doubt that every single individual that listens to it will relate to it in a completely different manner. Possibly one of the hardest albums I’ve ever had to critique because of it’s uniqueness so I’ll only say that you need to make your own mind up. You NEED to do that.