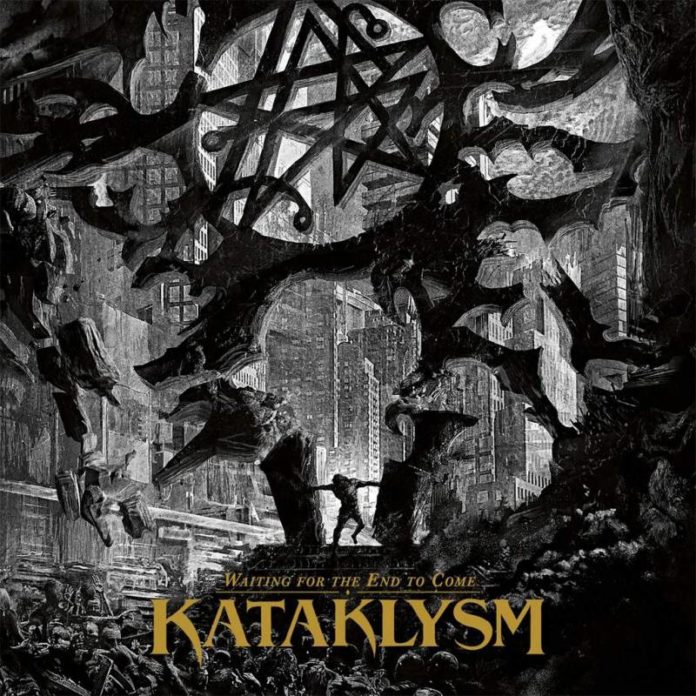 As a genre, Death Metal has many sides, and not all of them are categorized or clearly divided; as a result, sometimes you have to resort to simply naming other bands as a point of reference. For example, Behemoth‘s Death Metal is miles away from what Carcass is doing, much like Arch Enemy is very different from what Cannibal Corpse does. Despite the differences, however, each of these bands is considered a representative of the genre (and they all kick ass). Kataklysm, who’ve been around for over 20 years, are another example of a veteran Death Metal band with a unique attitude and style, even if it’s hard to to call them genre-defying.

Last year’s DVD release, Iron Will, revealed just how hard Kataklysm have been working to achieve their current success – hey, they made a 5-hour long documentary, now that’s a feat on its own – and yet those struggles are only one part of the equation, not to mention that they aren’t as important as the musical product. It took the band 8 albums to reach their peak with 2005’s In The Arms Of Devastation; It was a real monster of an album, and I consider it as a Death Metal masterpiece. Every song was destructive, every riff memorable. Let Them Burn!

Unfortunately, the next couple of releases weren’t as strong as I hoped, so getting into the band’s 11th output didn’t come without hesitation. Surprisingly enough, the opening track of Waiting For The End To Come delivers a fresh introduction to Kataklysm with a somewhat “blackish” atmosphere. It doesn’t take long for Maurizio Iacono to come out of hiding and unleash his wrath over “Fire“. Mixing hard-hitting growls and demonic barks, the vocalist is definitely in charge of the song, not letting any fast riff or drum pound to escape.

Olivier Beaudoin, the (temporary?) man behind the drums, makes a huge effort to be worthy of the opening left by Max Duhamel, with his relentless playing style. Just listen to “Like Animals” or “Kill The Elite” and you’ll find how hard it is to keep your head attached to your neck. As for Jean-François Dagenais – he decided to put a spin on his guitar playing with a new technical approach that not always fits with the band’s style.

Unlike Heaven’s Venom (2010) which sounded way too “Nordic” thanks to Tue Madsen’s Danish touch, this time around the mixing was handled by renowned American producer Zeuss. Not to be confused with the Olympian God, Zeuss has worked with a lot of great bands, even if he seems to be more at home with “Core” and “Thrash” than with pure Death Metal. Then again, from “Under Lawless Skies” onwards the band strayed towards a more Groovy territory, Core-ish even (“Dead & Buried“), that reminded me a lot of DevilDriver – so maybe they chose smart with Zeuss. On the down side, the album’s aggressive tone took a hard hit as a result.

It’s not until the 10th song (“Empire Of Dirt“) that the Canadians get back on track, managing to end the album on a high note with “Elevate“, an epic Melodic Death Metal piece; sadly, it’s too little, too late. I can’t say that I don’t admire the band for bringing in fresh inspirations, because they sound pretty good in comparison to previous efforts; however, I believe that if Kataklysm were more focused on finding their own voice, they could have made it “up there” with the bands I previously mentioned. Waiting For The End To Come shows a lot of determination, but it can only get them so far, as it still lacks those extra elements that can elevate a band from being great to being an almighty killing machine.