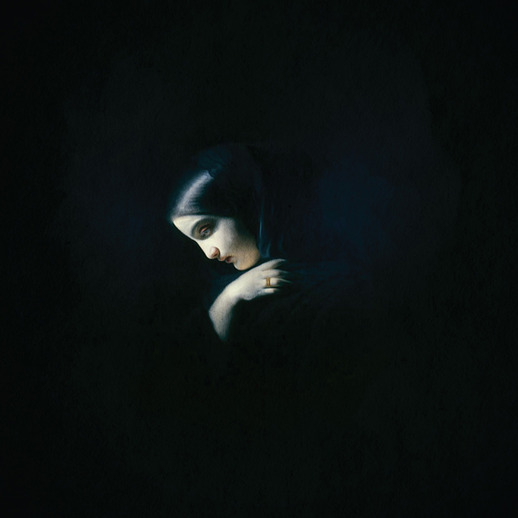 When I got my hands on True Widow’s As High As the Highest Heavens and From the Center to the Circumference of the Earth (hereafter referred to as Highest Heavens for the sake of brevity because good god that title) back in 2011, it clicked pretty much immediately with me. I was enraptured with the band’s artful mix of shoegaze atmospherics with stoner/doom’s fuzzy heaviness. For someone who loves both Jesu and My Bloody Valentine in equal measure, it was near-perfect. I listened to it end-to-end on repeat for an entire lazy Sunday, and it didn’t even matter that I had no idea what the songs were called. I didn’t even know the full name of the album, although in my defense it is quite the mouthful! (I still don’t, for the record. Totally had to look it up for this review.)

Point being, Highest Heavens scratched almost all of my musical itches. True Widow marries the plodding and deliberate heavy pace of doom metal with the airy sublimation of shoegaze, with a healthy dose of early 90s slowcore thrown in for good measure. Their style owes as much to Codeine and Current 93 as it does to Slowdive and Sleep, making for a unique and memorable package on Highest Heavens. The group has finally let loose their third full-length on our eager ears, titled Circumambulation. For those who ached for more of their unique stonergaze stylings, it’s here in spades. There’s very little that’s changed from Highest Heavens, so anyone looking for more of the same is sure to be satisfied. But that lack of change is exactly the problem.

If you’re as familiar with Highest Heavens as every True Widow fan should be, you’re going to get a pretty major case of deja vu when you put this on. All the ingredients are here, from the slow pace and chugging fuzzed-out riffs to the dueling vocal talents of the always sleepy-sounding guitarist Dan Phillips and bassist Nicole Estill. This all sounds good on paper, and for the most part it is, but there’s definitely more to be desired from Circumambulation. It’d be one thing if the songs were as memorable as the ones on Highest Heavens, but to be blunt, they aren’t. “Fourth Teeth” and “Numb Hand” possess enough of a groove to get one’s head nodding, but the ratio of killer to filler isn’t weighted enough towards the former aspect. Most of the album is dominated by longer stretches of song that don’t really hook you like “Skull Eyes” and “Wither,” and they don’t really have those cathartic peaks and valleys in the same way that cuts like “NH” and “Doomseer” did. Take the seven-minute “Trollstigen,” which is probably the album’s worst example of a whole lot of nothing happening. The riff doesn’t hook, the atmosphere doesn’t hold, and you’re left wanting by the end of it. And it’s just one example among many more of a band that’s built a very comfortable box for themselves to stay in, but is fast running out of new places to go within its boundaries.

With an album title like Circumambulation, you can tell that True Widow are aiming for the highest heavens again on this release, but the songwriting isn’t as rapturous enough this time around to maintain their upward momentum. It does a good enough job of being a musical representation of circumambulation, or walking around the globe; just not in the way that the band originally thought. Instead of taking in all the wondrous sights of the world and getting lost in them at your own pace, much of Circumambulation is more analogous to the long and painful stretches of nothing that you’d have to force your way through on such a massive undertaking. If you love the band enough (or if you’re baked enough) to overlook Circumambulation’s shortcomings, there’s a lot here for you to get lost in, but newer converts should look elsewhere for their fix.

Heart of a Coward – Deliverance