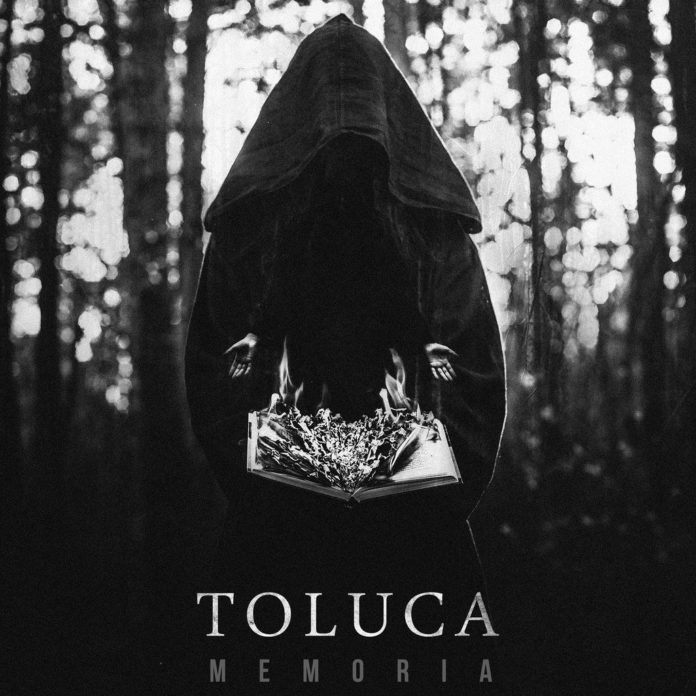 In order to keep from stagnating, the bands in a scene often look outside the boundaries of what is accepted in that particular genre. One such scene is black metal, which, admittedly had a pretty wide variety from the start; just look at the second wave in Norway with the orchestral and epic arrangements of Emperor compared to the more raw and primal approach of Darkthrone.

Toluca are a young band from Moscow that are hoping to continue pushing the boundaries in the black metal scene with their own brand of shoegaze-influenced playing. Memoria is their second release, and it incorporates influences such as post-rock, screamo, post-hardcore, and shoegaze. Lately there have been many bands incorporating these styles, such Alcest, Vattnet Viskar and Deafheaven, all of which are easy comparisons to make when discussing the music presented on Memoria. It’s almost easier to say Toluca are a post-hardcore/screamo band (keep in mind that when I say screamo I mean bands like Pg. 99 and the Massachusetts-based Orchid, not My Chemical Romance) that have incorporated black metal influences. There are a lot of dynamics in the songs, such as what you hear on the opening track, “Gaap.” Japan’s post-hardcore heroes Envy come to mind when listening to this album, as Toluca have a lot of similarities with them, particularly in terms of song structure, tone, and even vocals. In the vocal department Toluca go for an anguished melodic hardcore style, rather than the high-pitched shrieks black metal is often associated with. There aren’t too many blast-beats to speak of, and the bass guitar is pretty decently mixed, which really sets Memoria apart from most black metal releases. The production is excellent at accenting the different tones and moods in the music; the old “necro” style of production would have ruined the effect, and too clean would have sucked all the emotion out.

With Memoria Toluca are poised to make a lot of waves in the current black-gaze scene, and will appeal to fans of such bands as Bosse-de-Nage, Ash Borer, and Vattnet Viskar. This is an excellent release, and truly should be part of any metalhead’s collection that likes to experiment outside of their musical comfort zone.

Malodorous – Augury Of The Aborted